The static install was located on Cockatoo Island, where 1000 wind chimes where suspended in a geometric colour spectrum pattern referencing the angles and utilising the architecture of the open air environment. The chimes colours reference the chakras. A vedic concept believed to be a number of wheel-like vortices which, according to traditional Indian medicine, exist in the surface of the subtle body of living beings. The chakras are said to be the force centres or whorls of energy permeating from a point on the physical body. They are considered focal points for the reception and transmission of energies. The 5 pronged chimes used for the biennale the chimes are believed to help to slow positive energy as it approaches the building, inviting it inside from all four directions. Here the work plays on a connection with the physical and non-physical states altered by our own seeing through the medium of sound and spirit that the chimes are calling on. It is about the energy and life-force found in both ourselves and in a meaning and experience that relates to our universe.

The concept of this socially engaged work aligns itself to the curatorial aspect of the Biennale by focusing on the connections between site, audience and spirit. By reiterating the sentiments of the18th Biennale of Sydney which are be rooted in storytelling as it is currently being re-imagined as a coming-into-being in relation. In the reciprocity that is storytelling, both teller and listener inhabit the space of the story. Telling stories connects us and allows us to care, to be; it fosters collaboration; it aggregates knowledge and generates new ideas; it ignites change; and, ultimately, builds community. 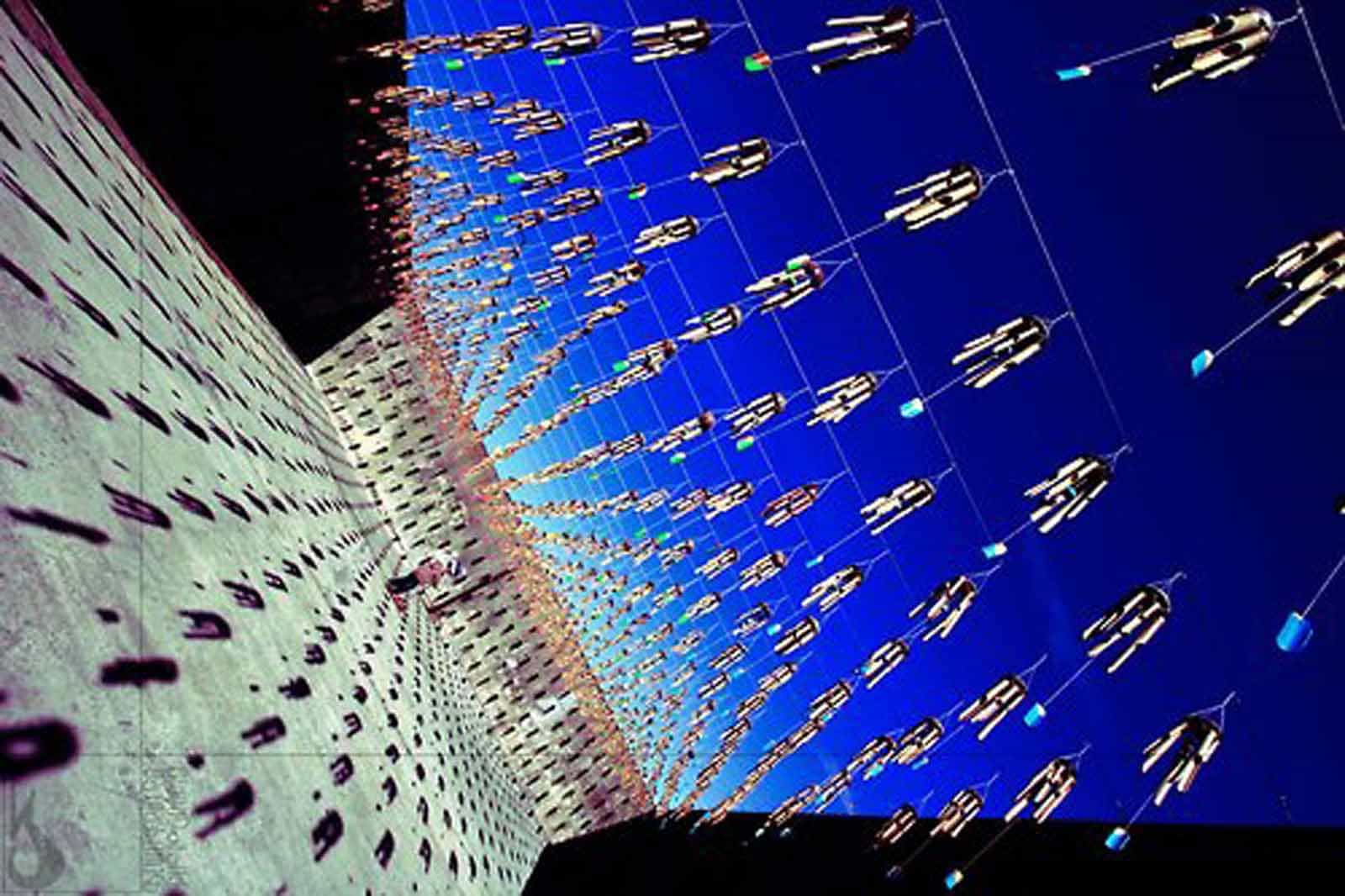 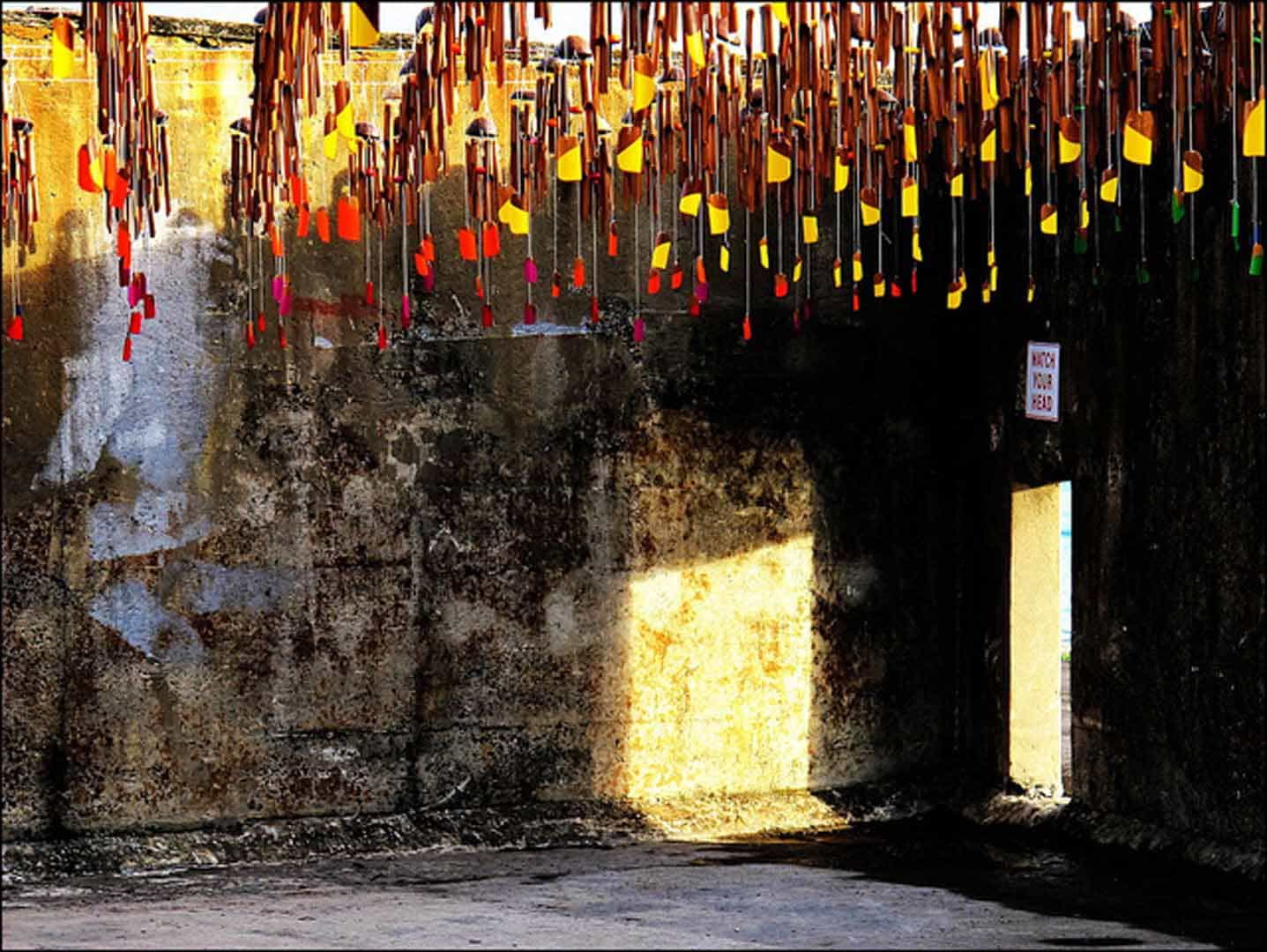 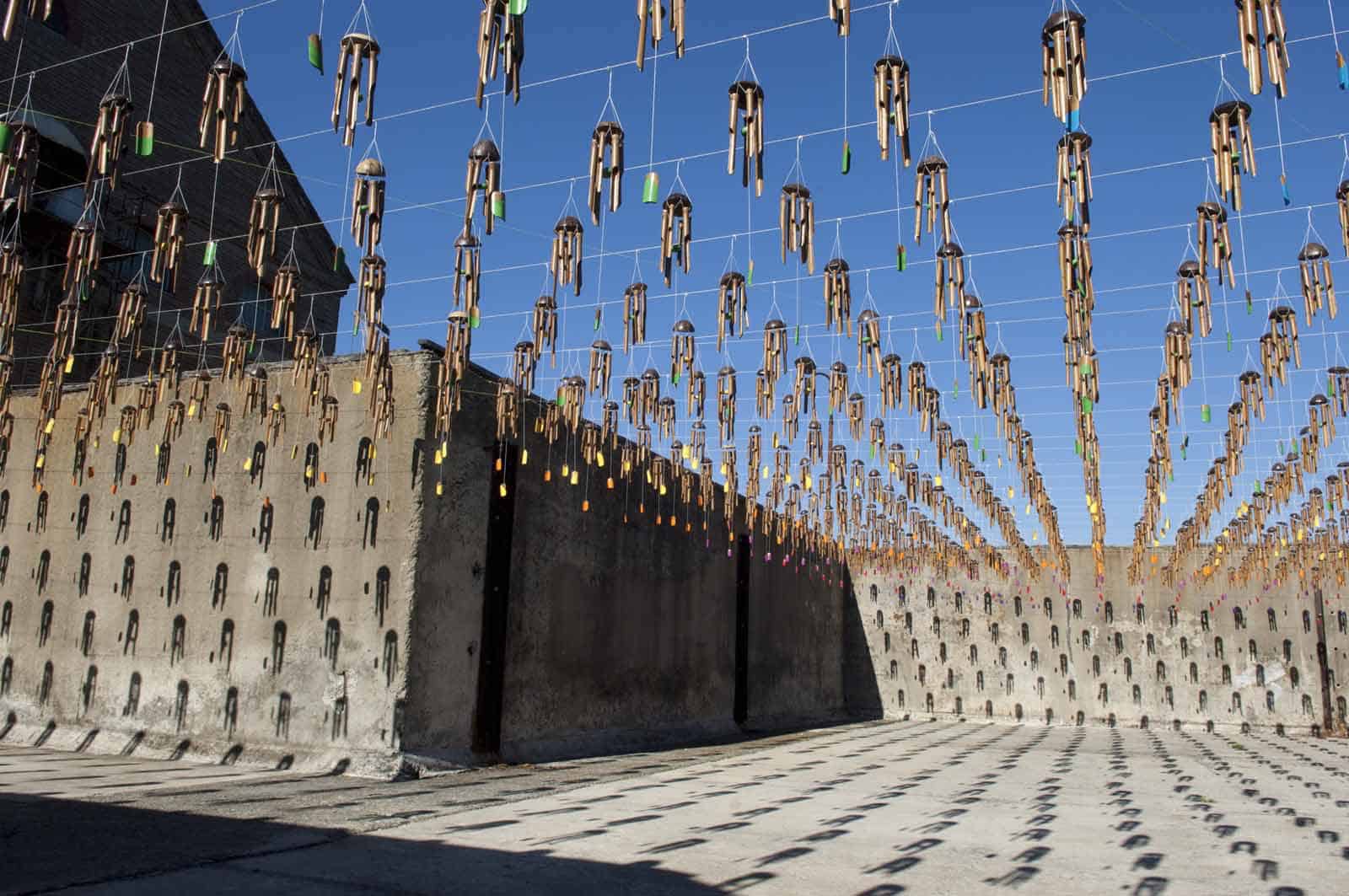 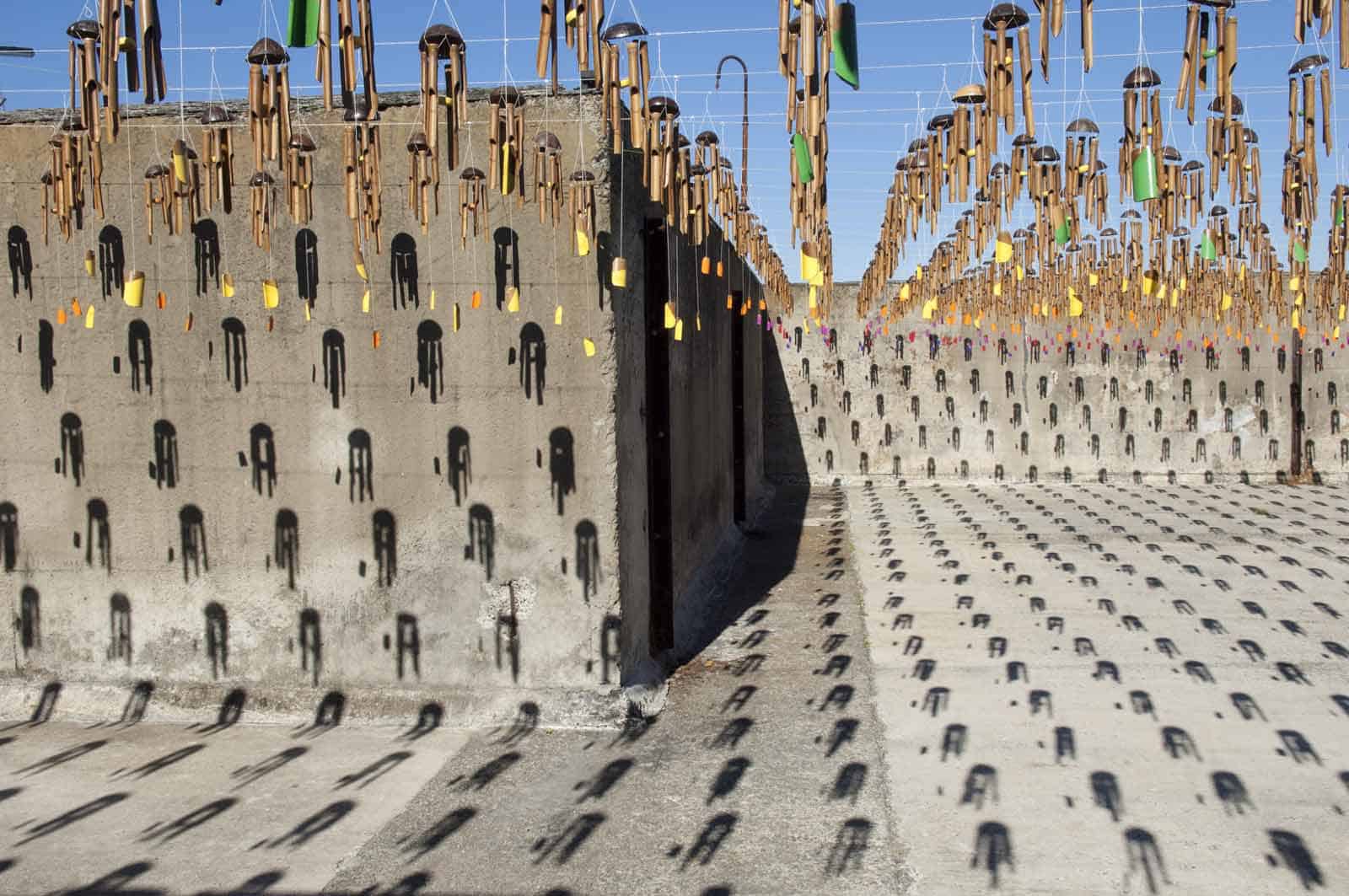 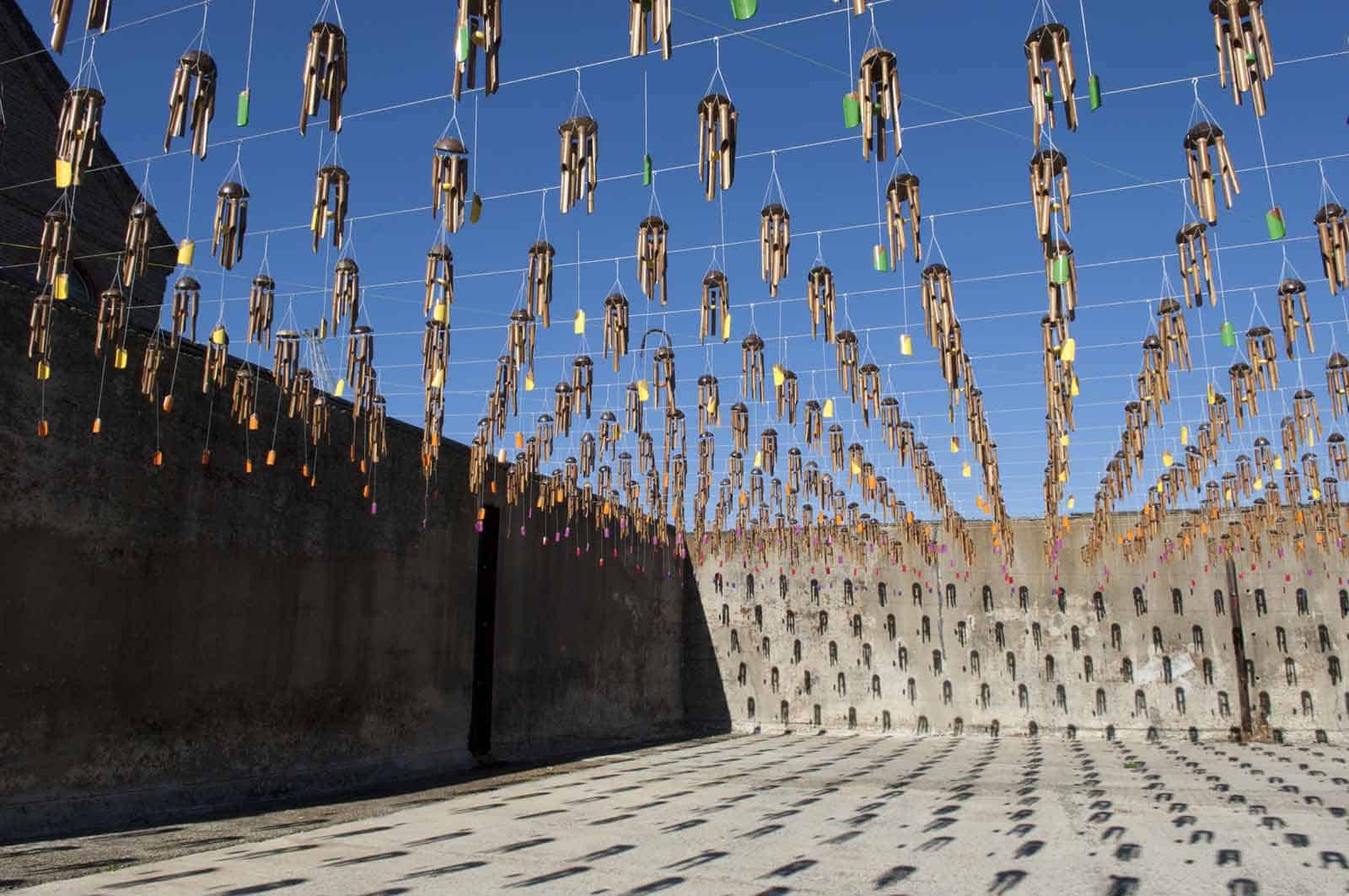 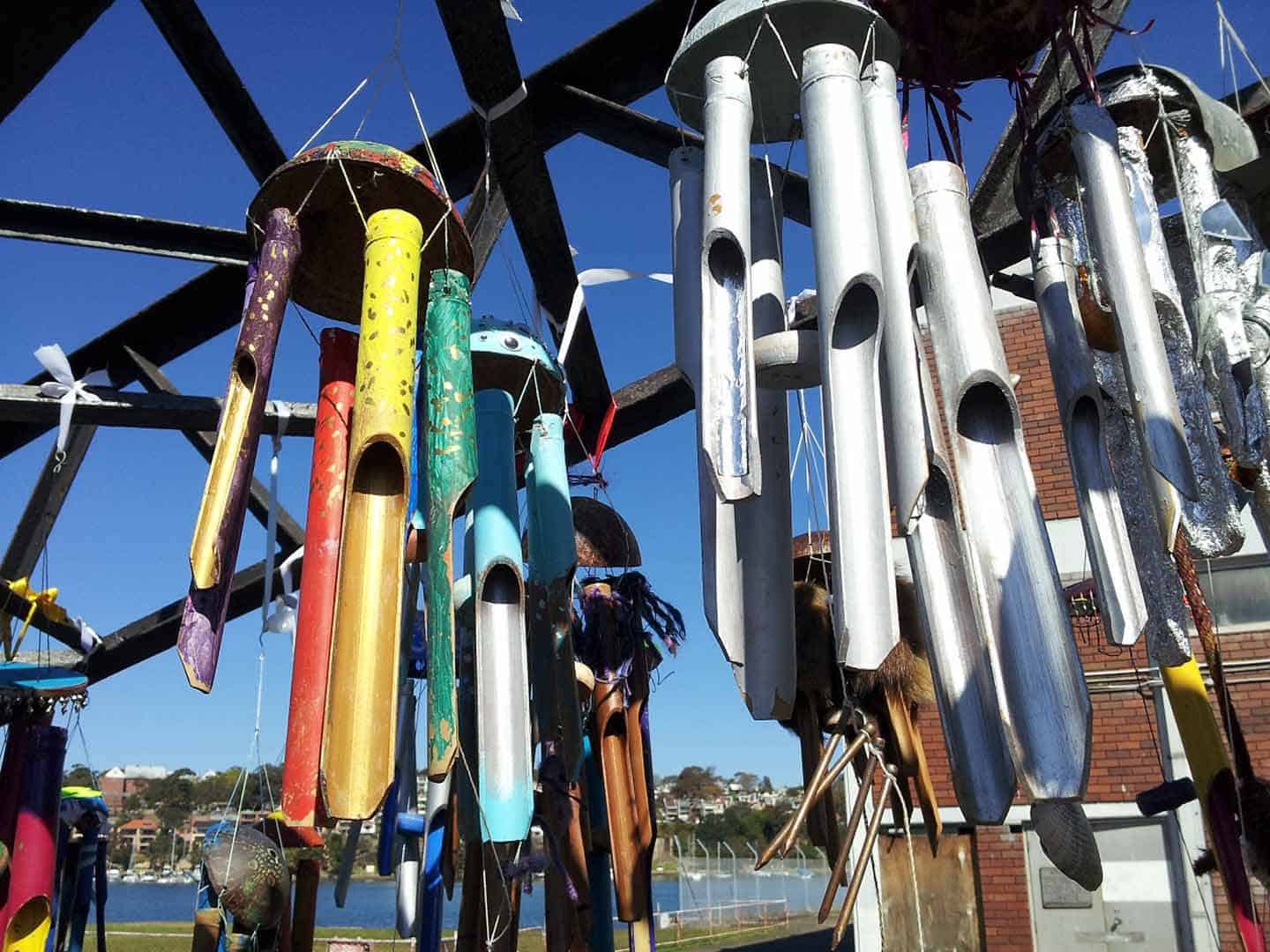 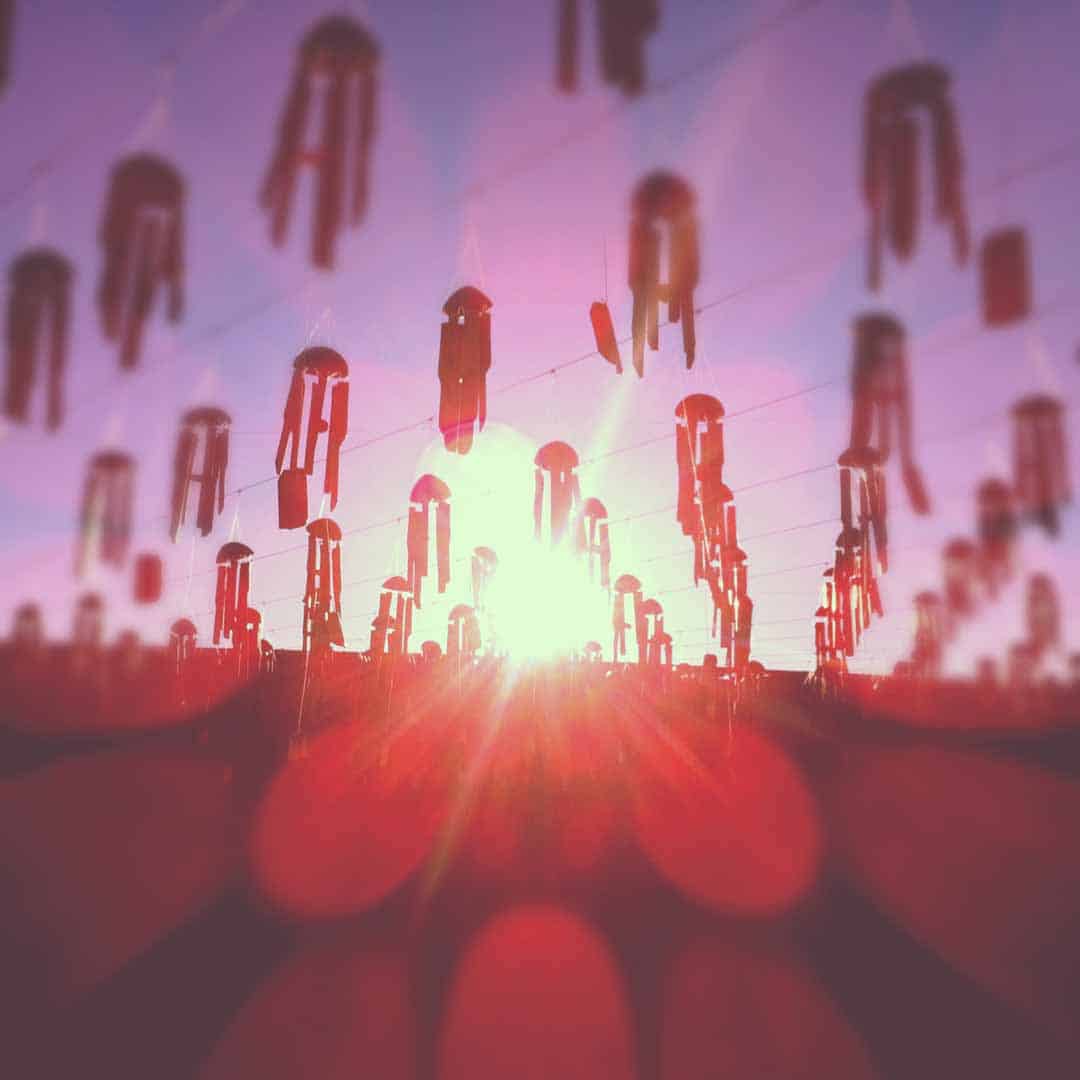 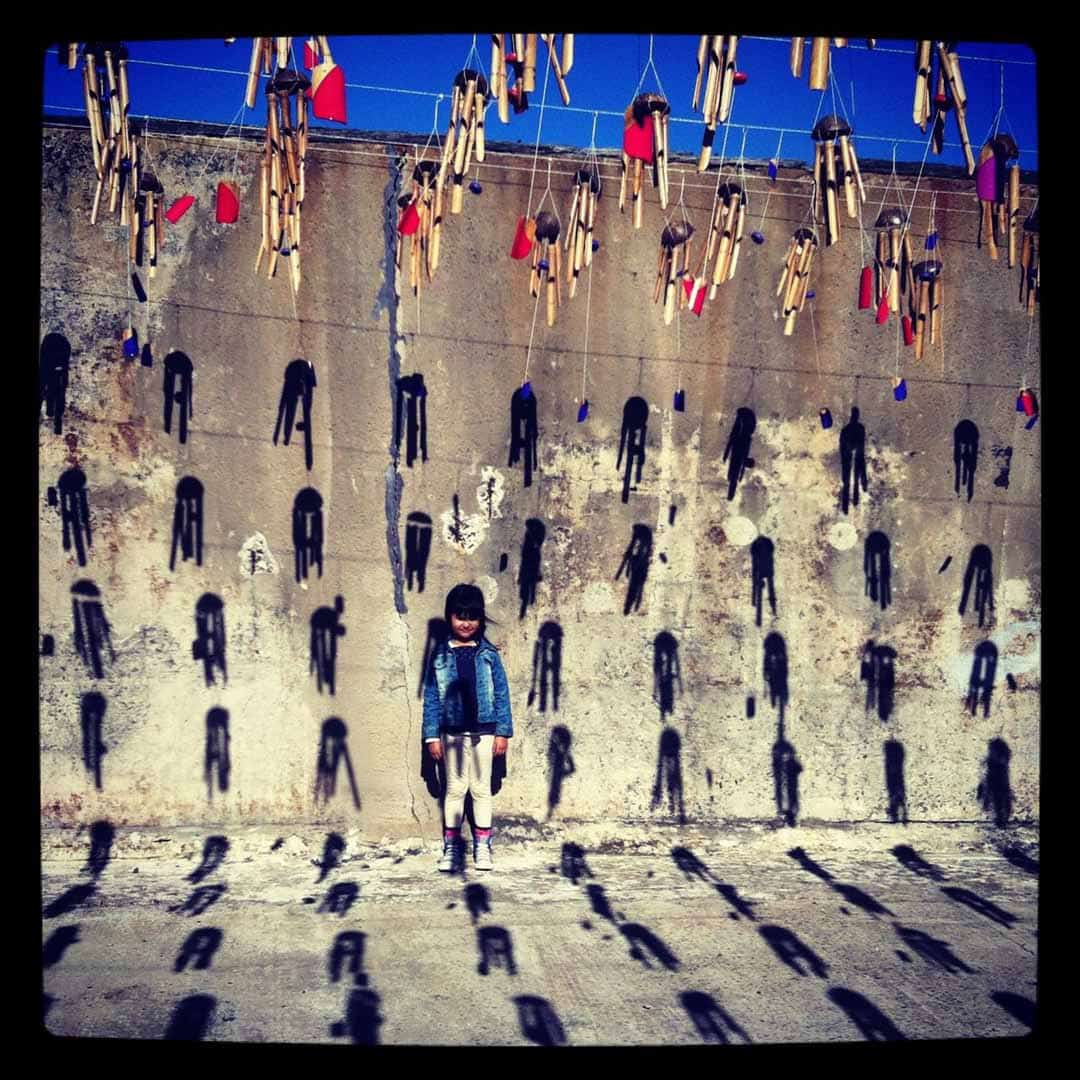 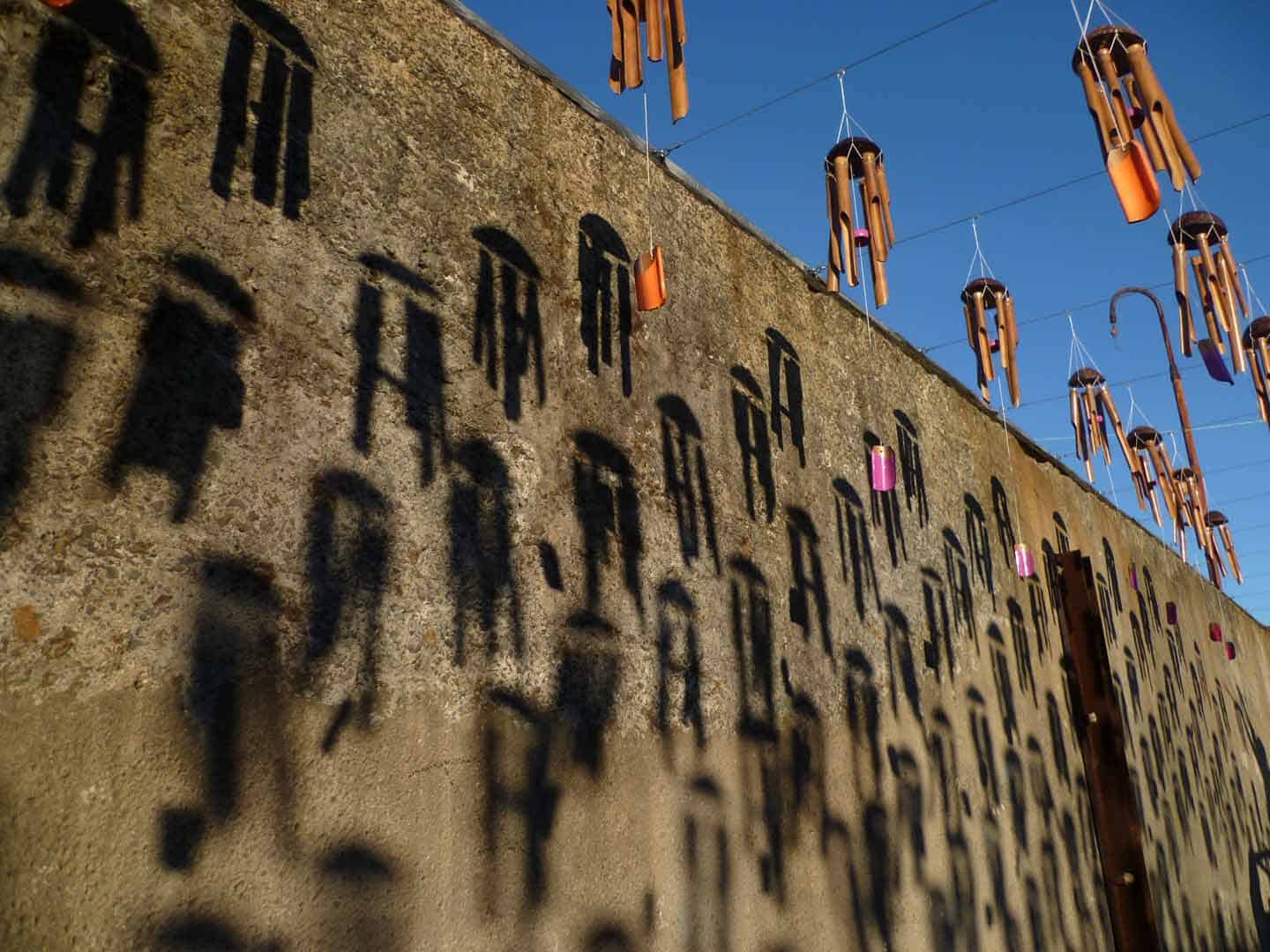 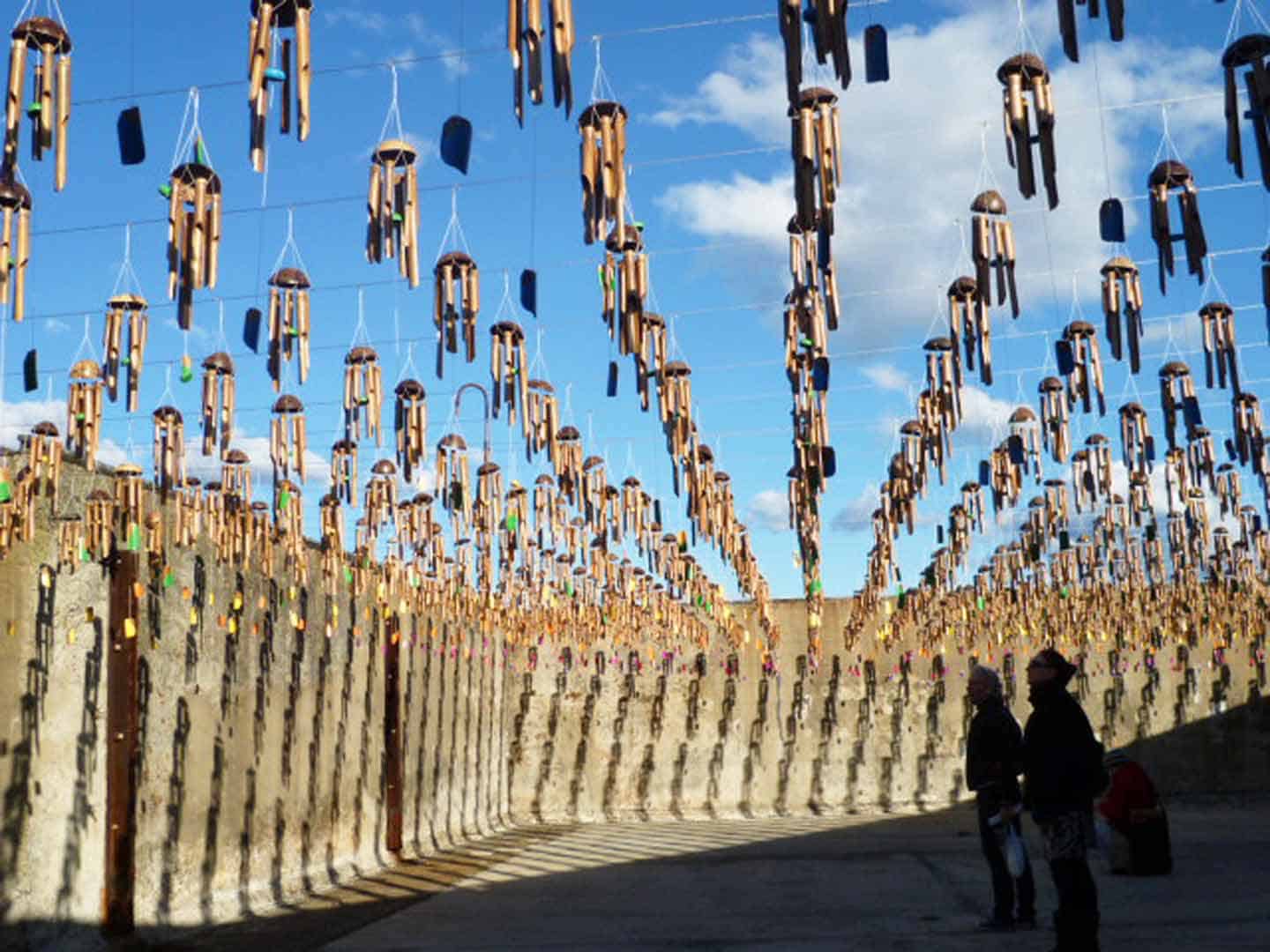 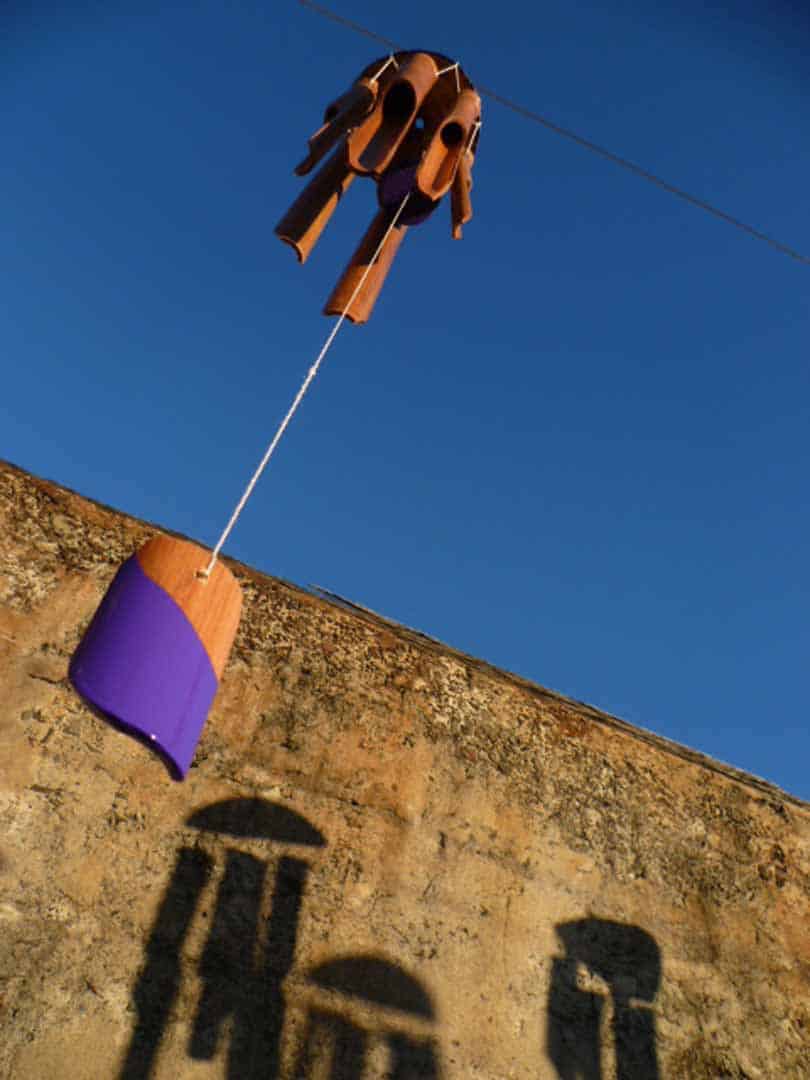 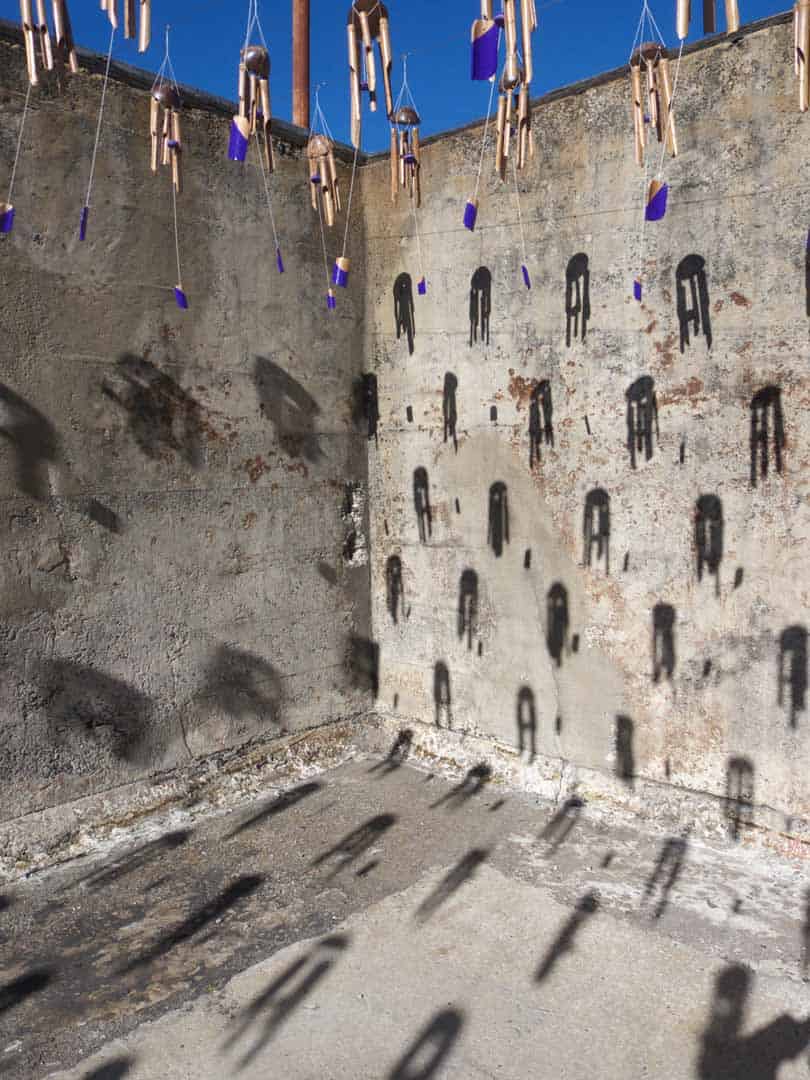 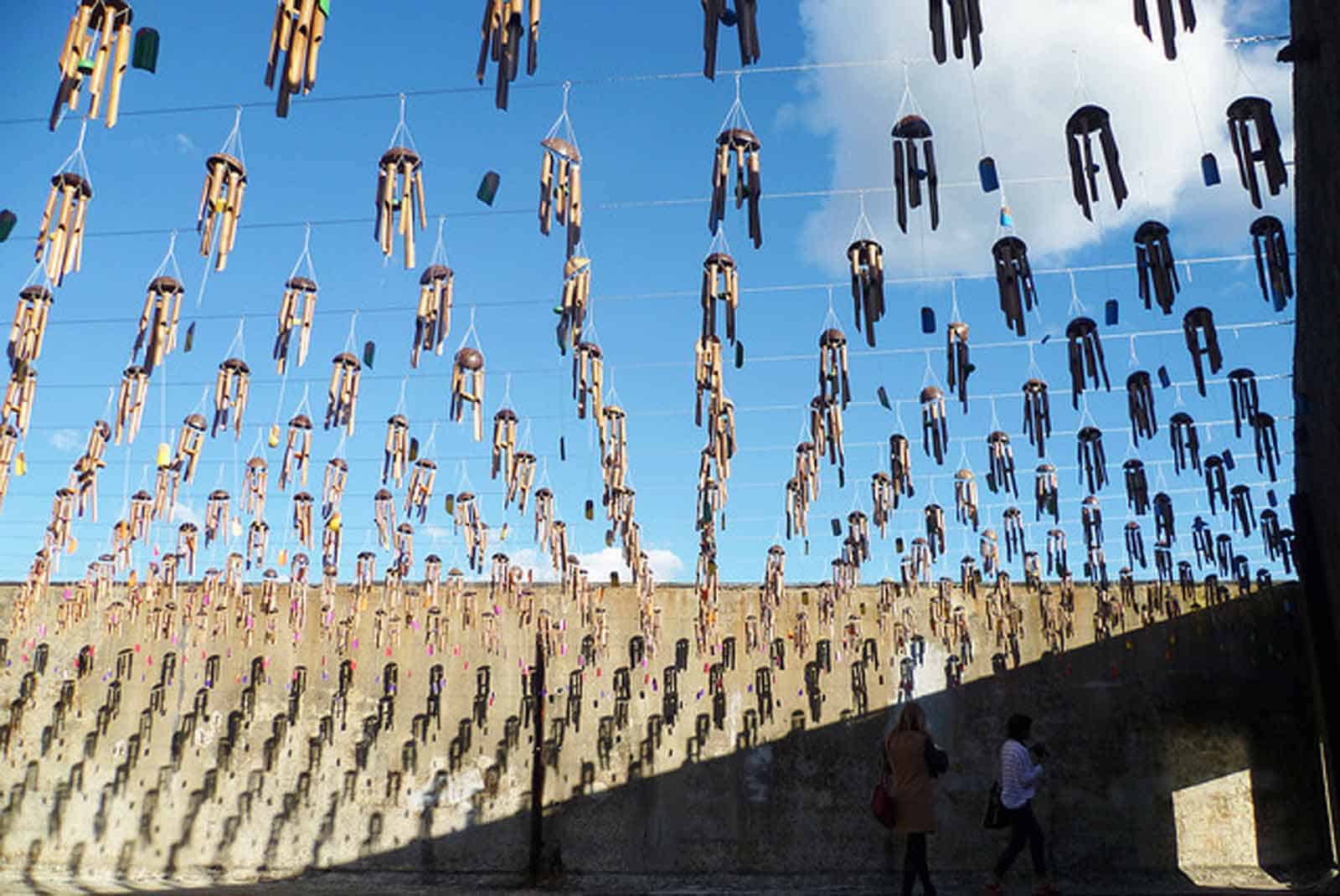 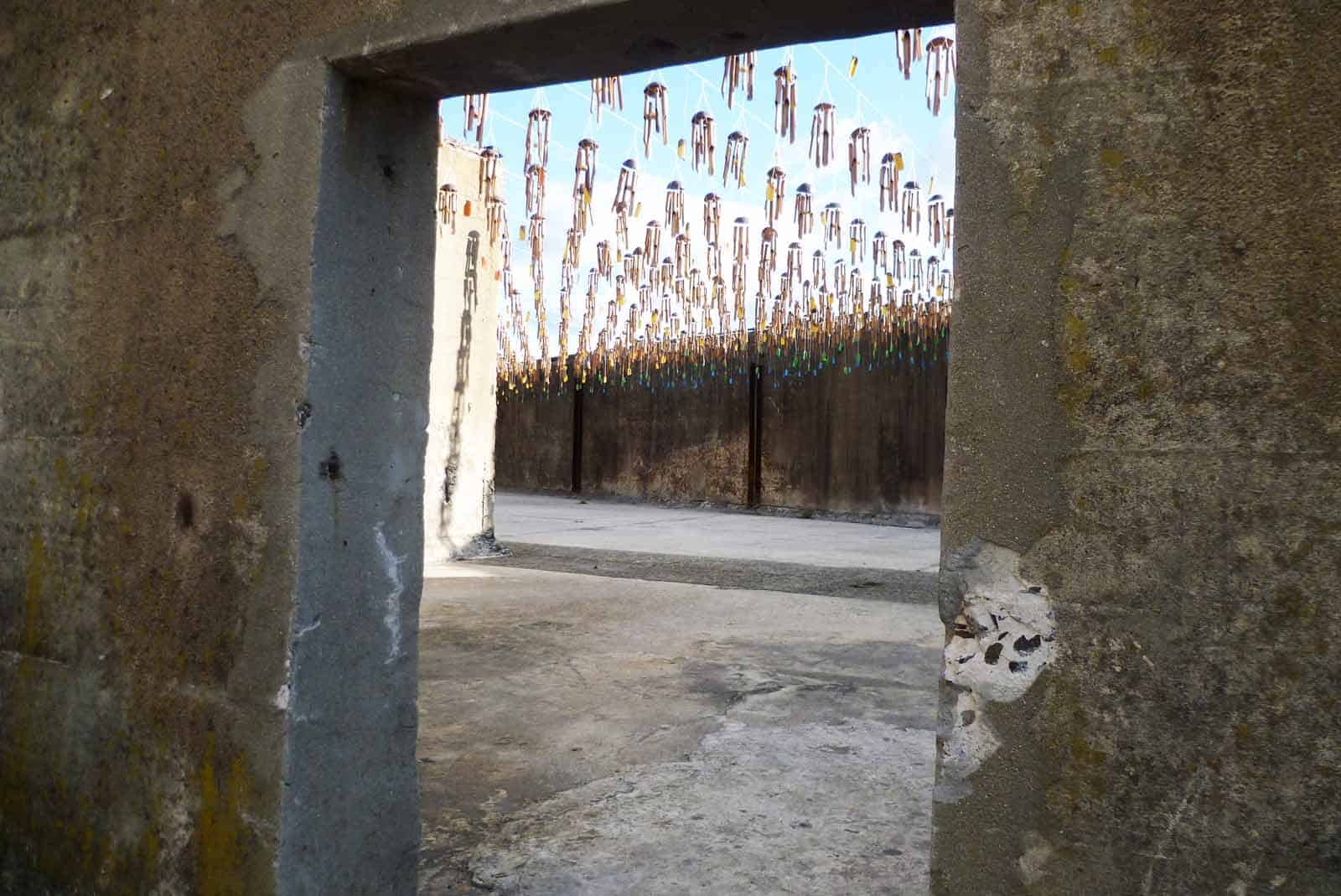 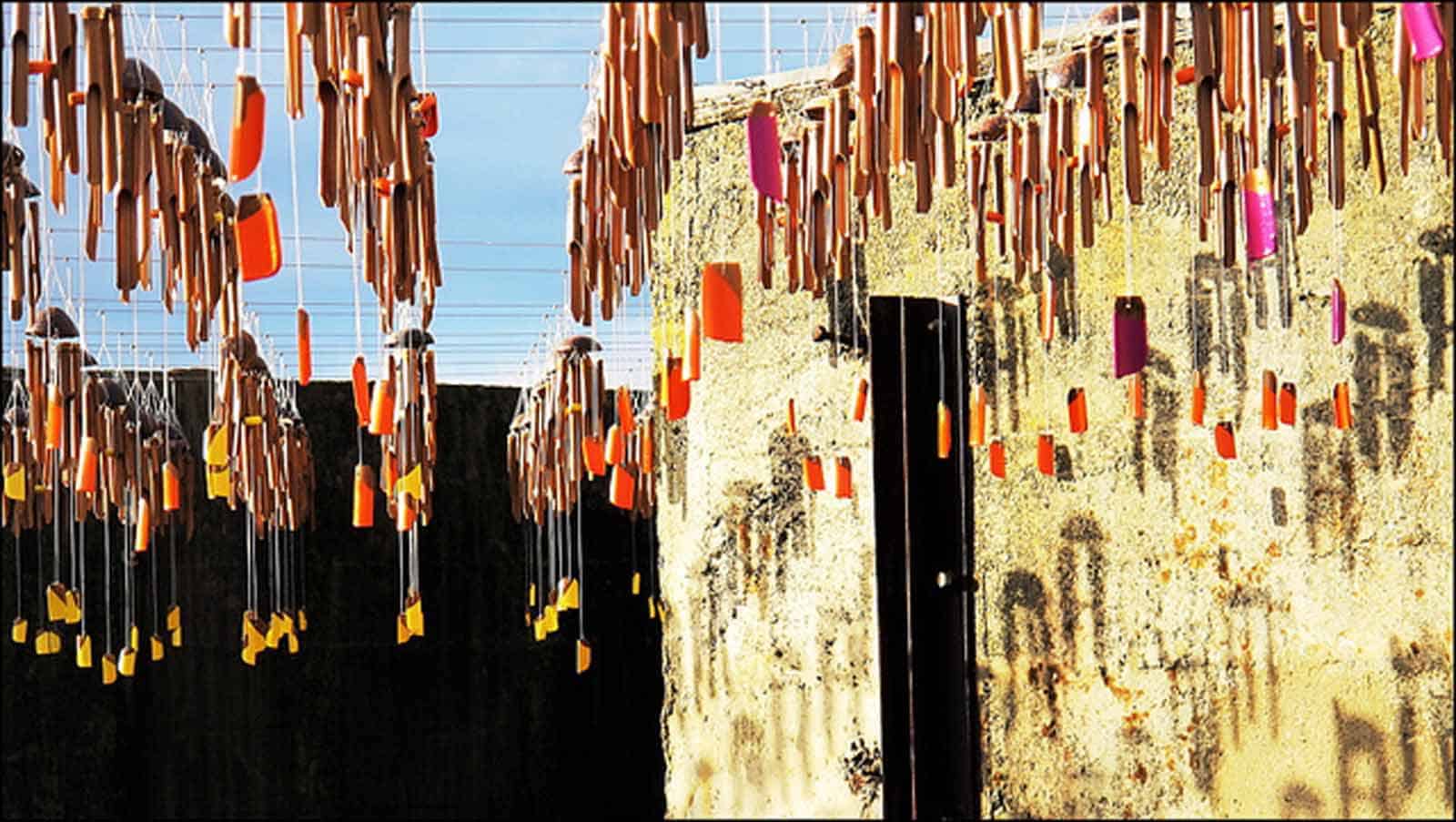 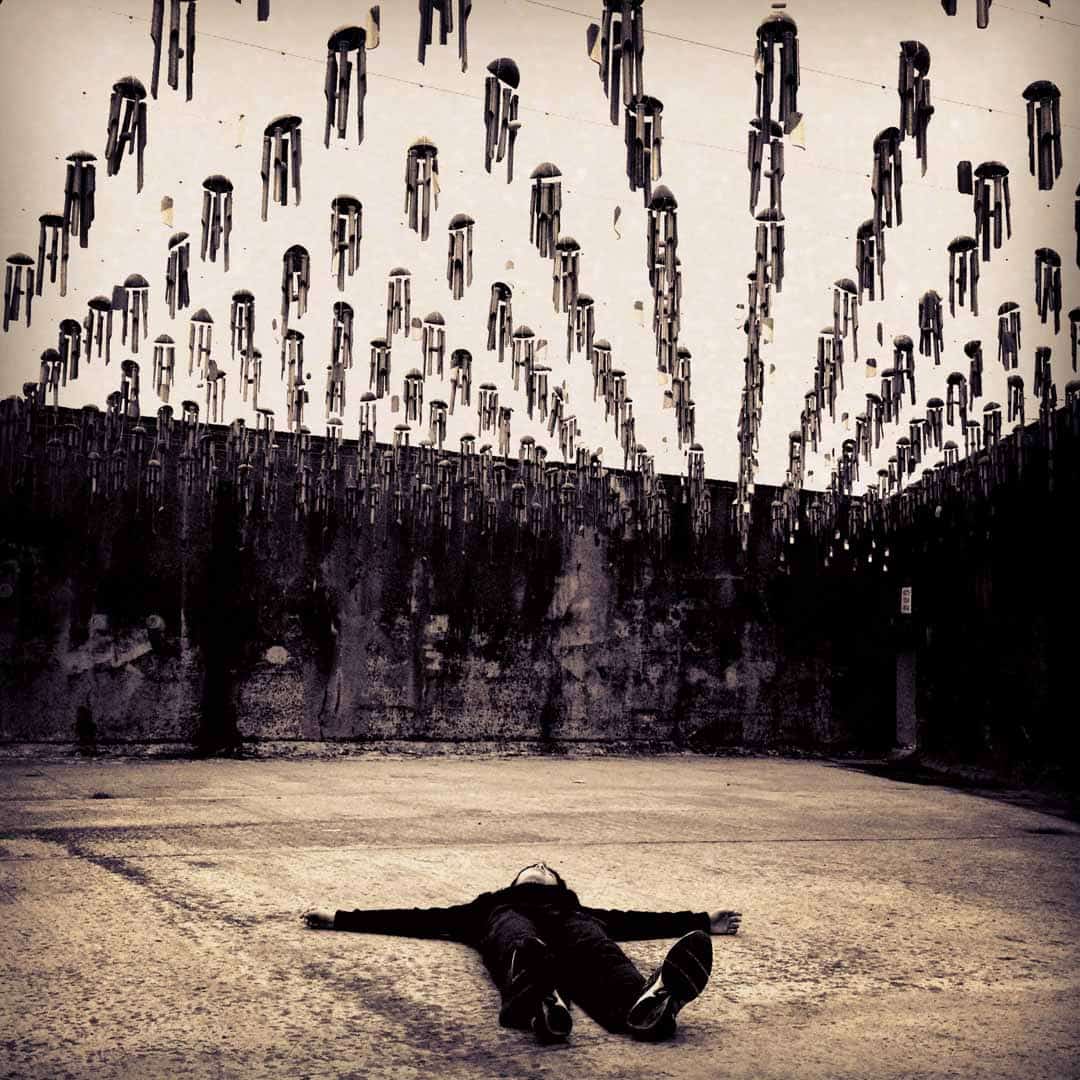 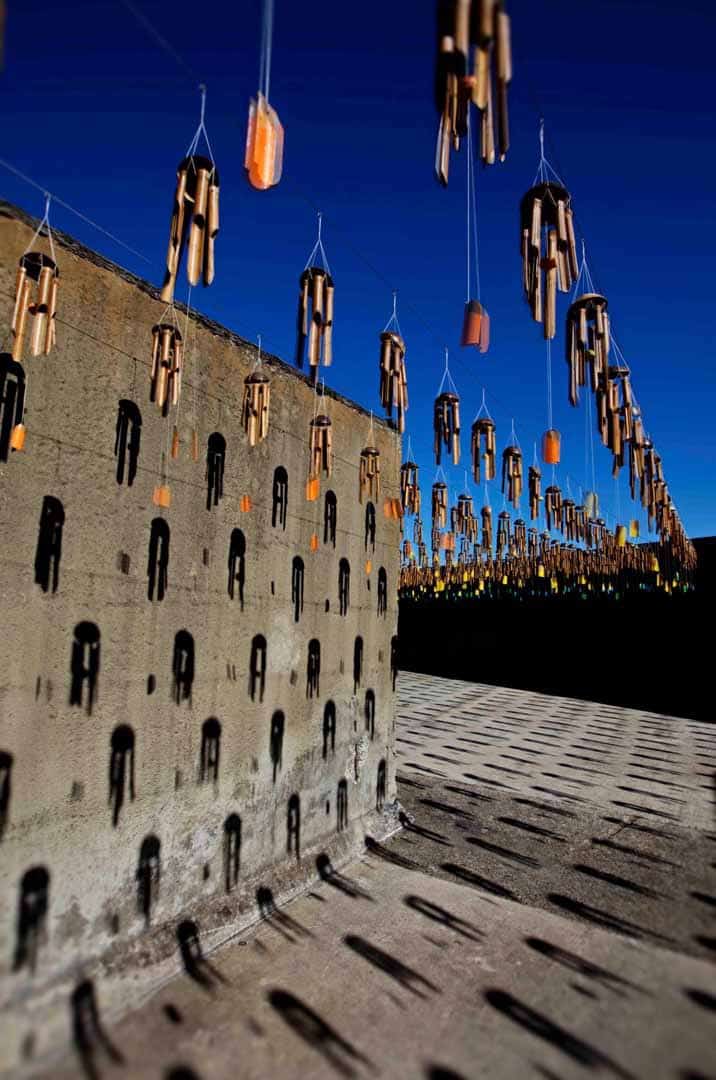 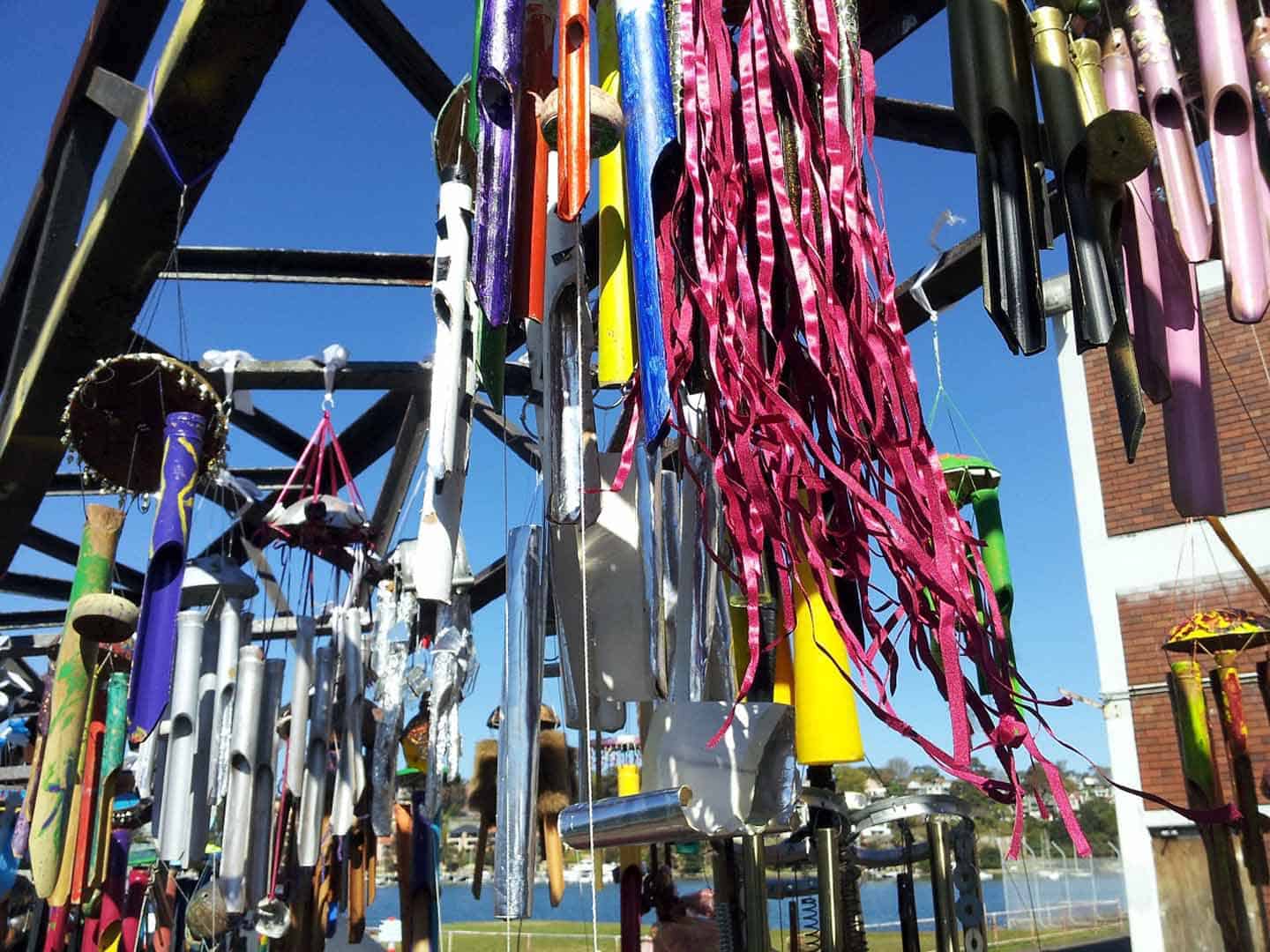 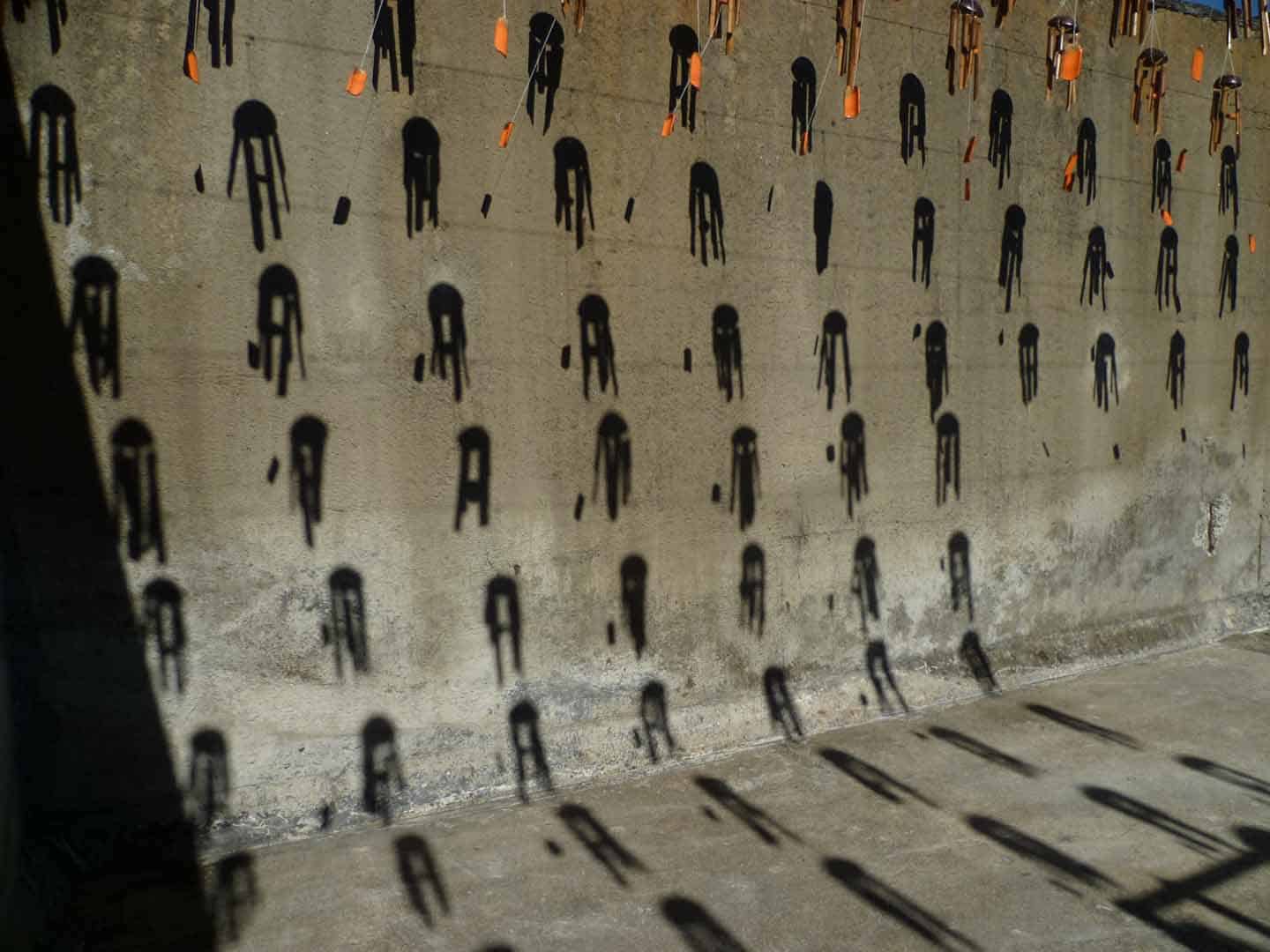 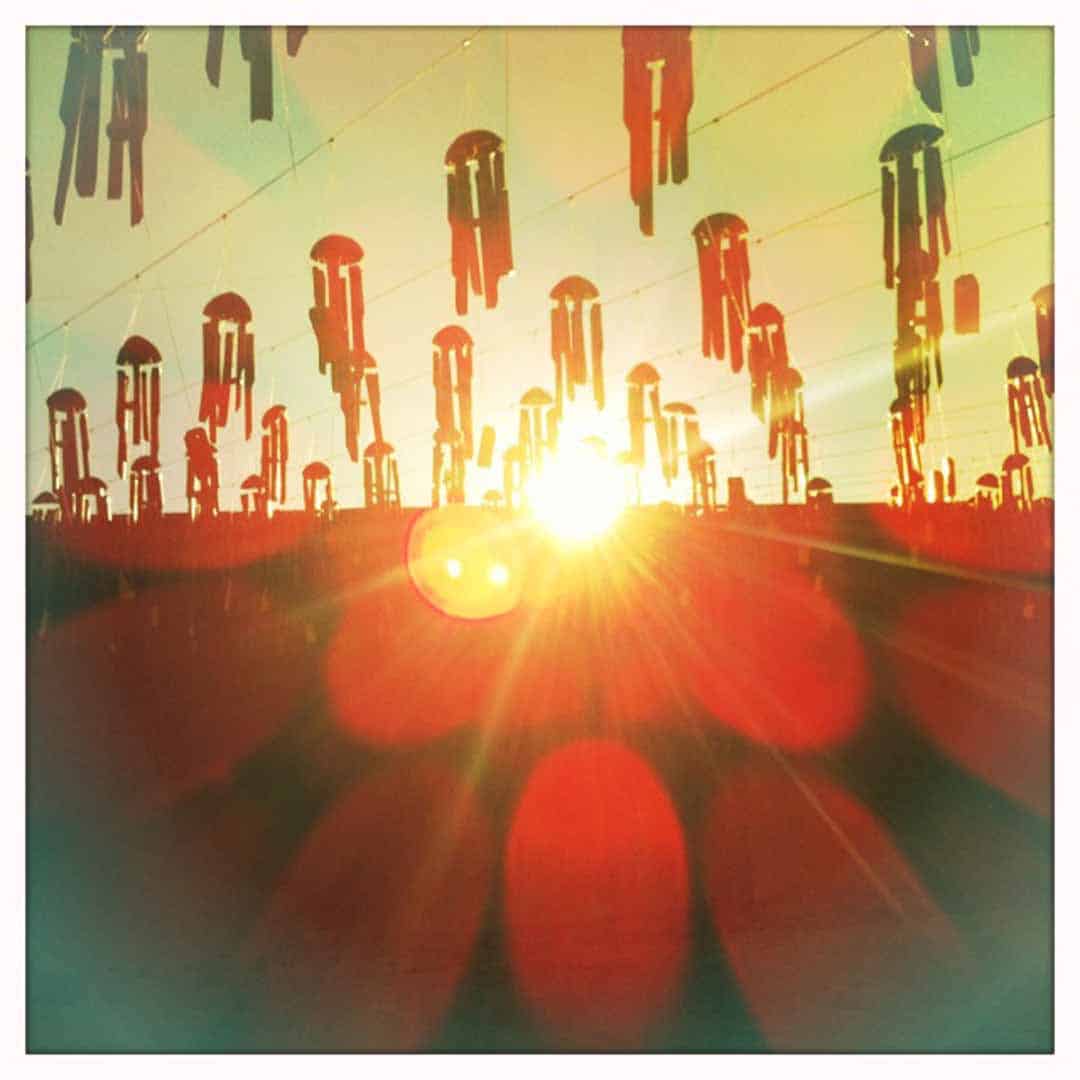 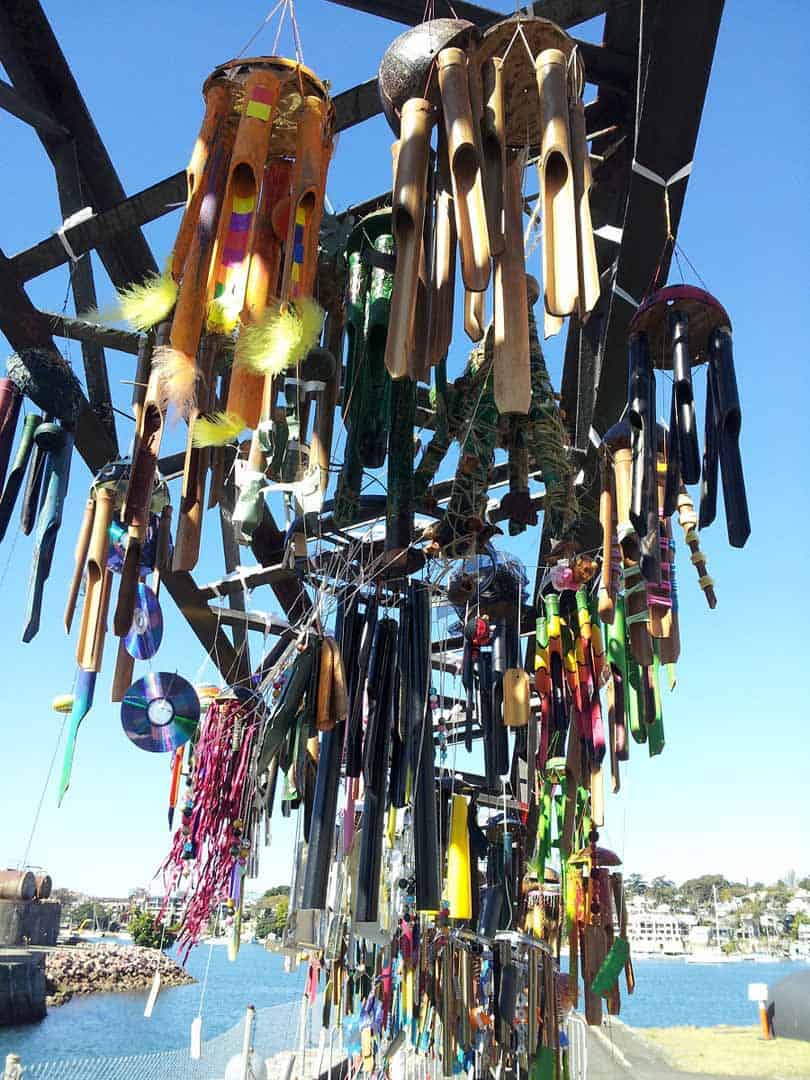 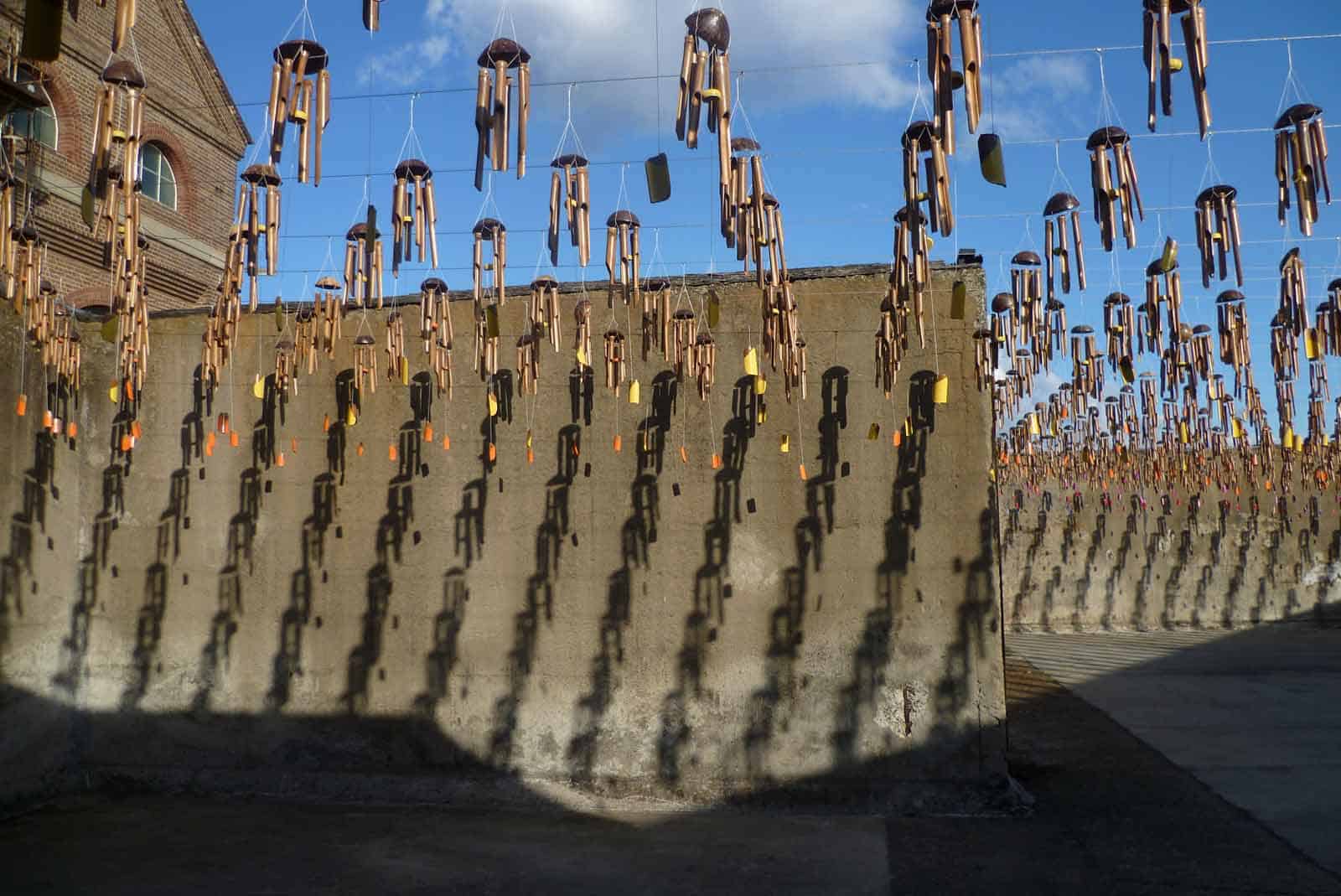 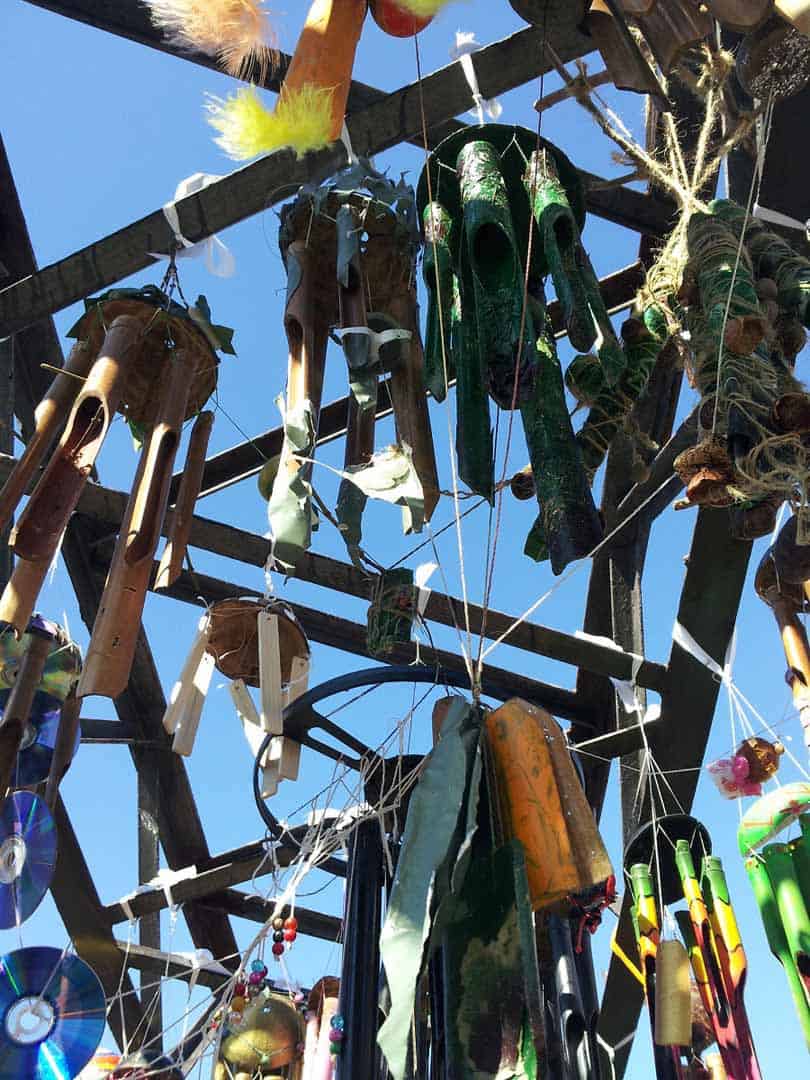 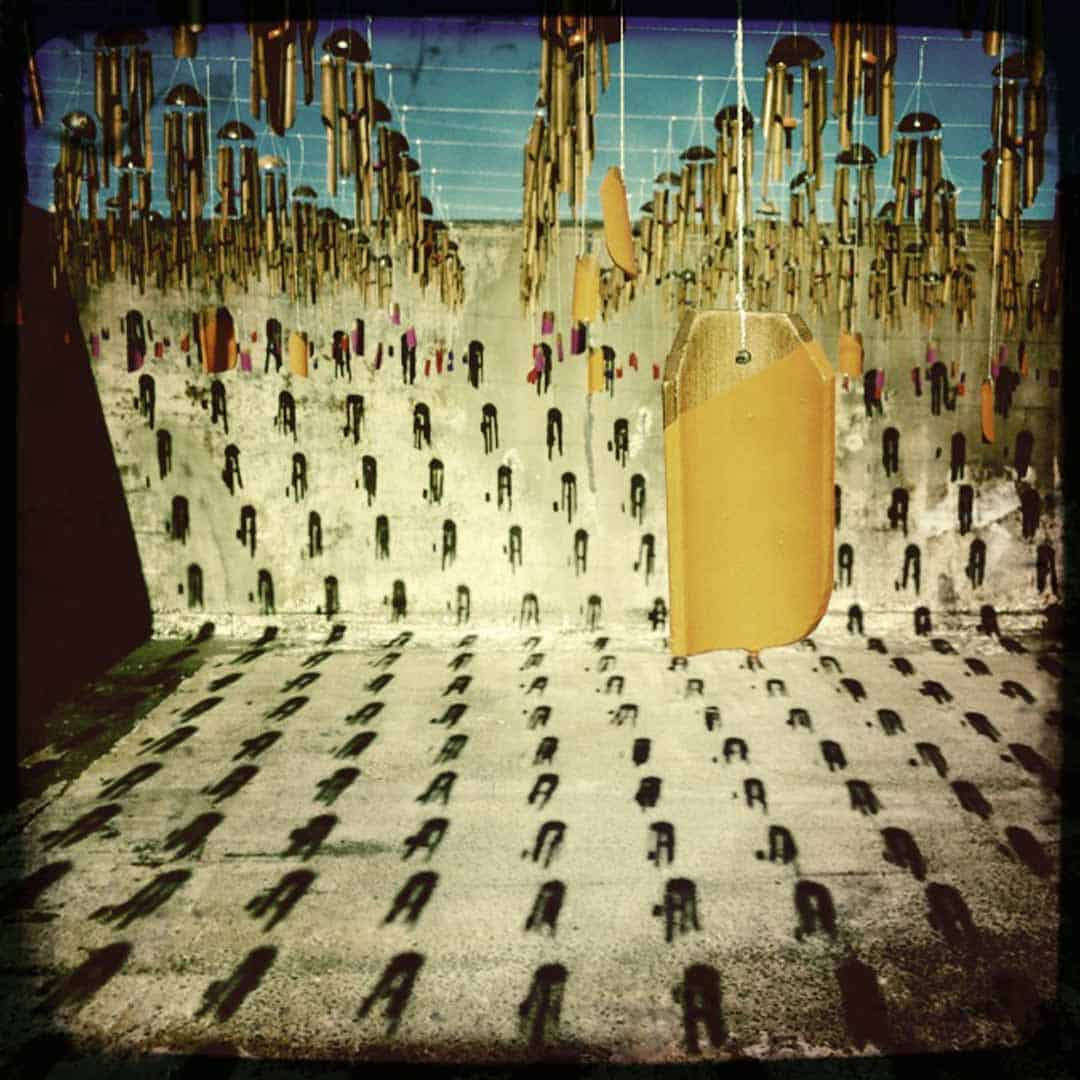 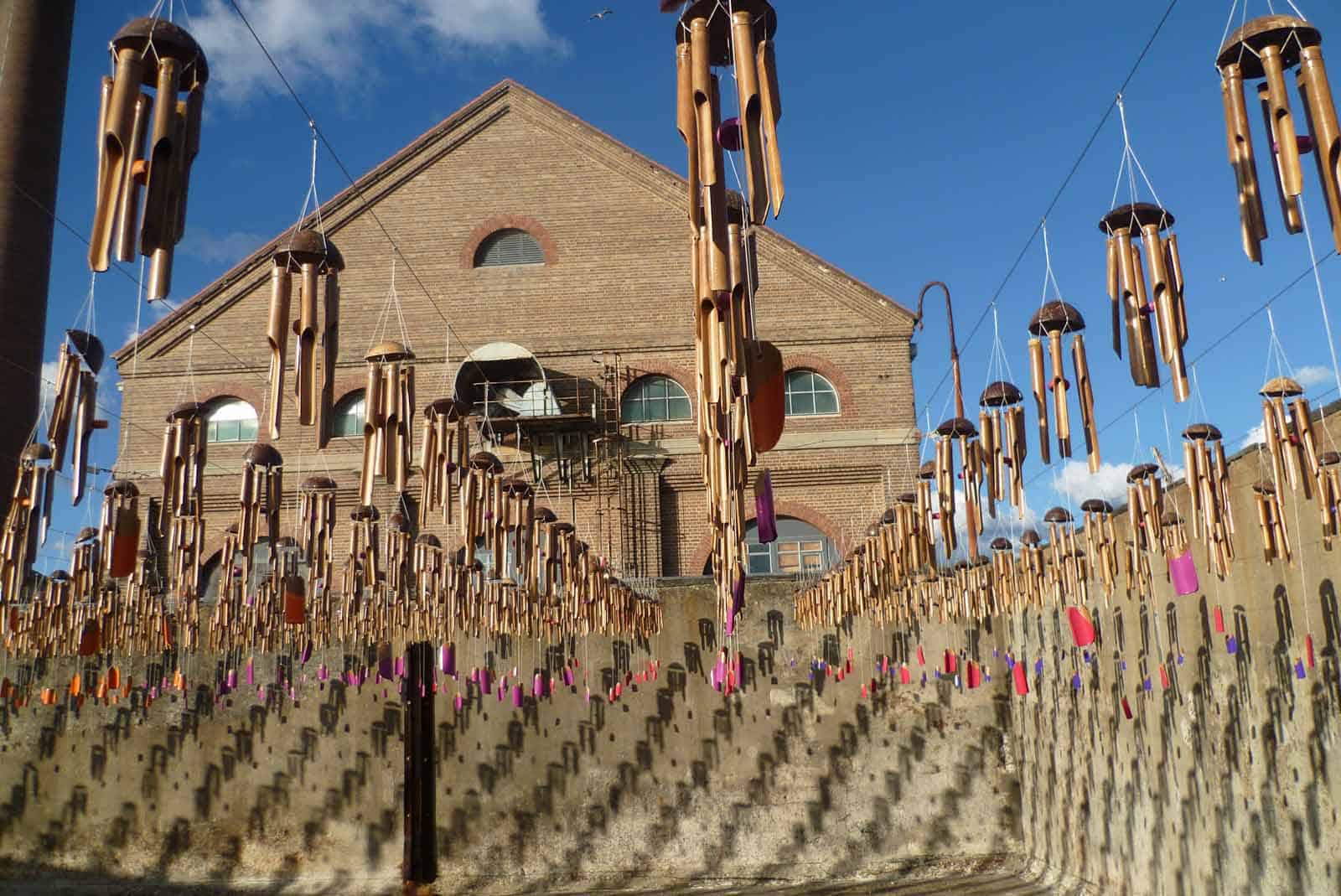