Pier 2/3 saw 1000 wind chimes suspended from the ceiling by ribbons echoing the same colours as the Cockatoo Island install. The art work attempts to hold elements of the sacred at every interval of its conception and realisation. Encouraging the audience to imbue their own energy into the work, bringing their own belief systems and historic reference to pilgrimage, functioning in a space of participation whilst thinking it through carefully, and then inspiring the world with the quality of their participation whilst creating joy within the process. These chimes after the opening ceremony on the Imbolc date, 7th of August (a date that corresponds to the intersection of season lies in between seasons as the the northern hemisphere is considered to be halfway through its summer and the southern hemisphere half way through its winter on this day) then shift in state; from static to mobile, in essence, private to public.

Most if not all belief systems hold in some way shape or form the idea of the pilgrimage.  Typically, a journey to a shrine or other location of importance to a person's beliefs and faith. Although sometimes it can be a metaphorical journey into someone's own beliefs. As many cannons attach spiritual importance to particular places or to the place of their native connection with mother earth. Here the pilgrimage is activated between sites from pier 2/3 to Cockatoo Island with the chime becoming decorated along the way. By framing the work as a pilgrimage it suggests the ‘proposal of the new Jungian Archetype for the pilgrimage as a common human experience’ - Clift, Jean Dalby; Clift, Wallace (1996). The application of multiple sites creates a non-static developmental work that externally generates its own tools, channels and co-authorship.

The title Knock On The Sky Listen To The Sound draws its origin from a Buddhist Proverb holding its reason in hearing, thought, and meditation which corresponds to the body, mind, and soul, similarly reflecting the beliefs of tinana, hinengaro, and wairua in Maori. This space of connectivity is what ‘native intelligence alludes to as an enduring pattern of thinking and is putting forth with the aid of quantum sciences, the notion that a realm of unseen connecting patterns exist and we are the causal linkages that alter its capacity’ - Laszlo, Ervin (2007).  Science and the Akashic Field: An Integral Theory of Everything. 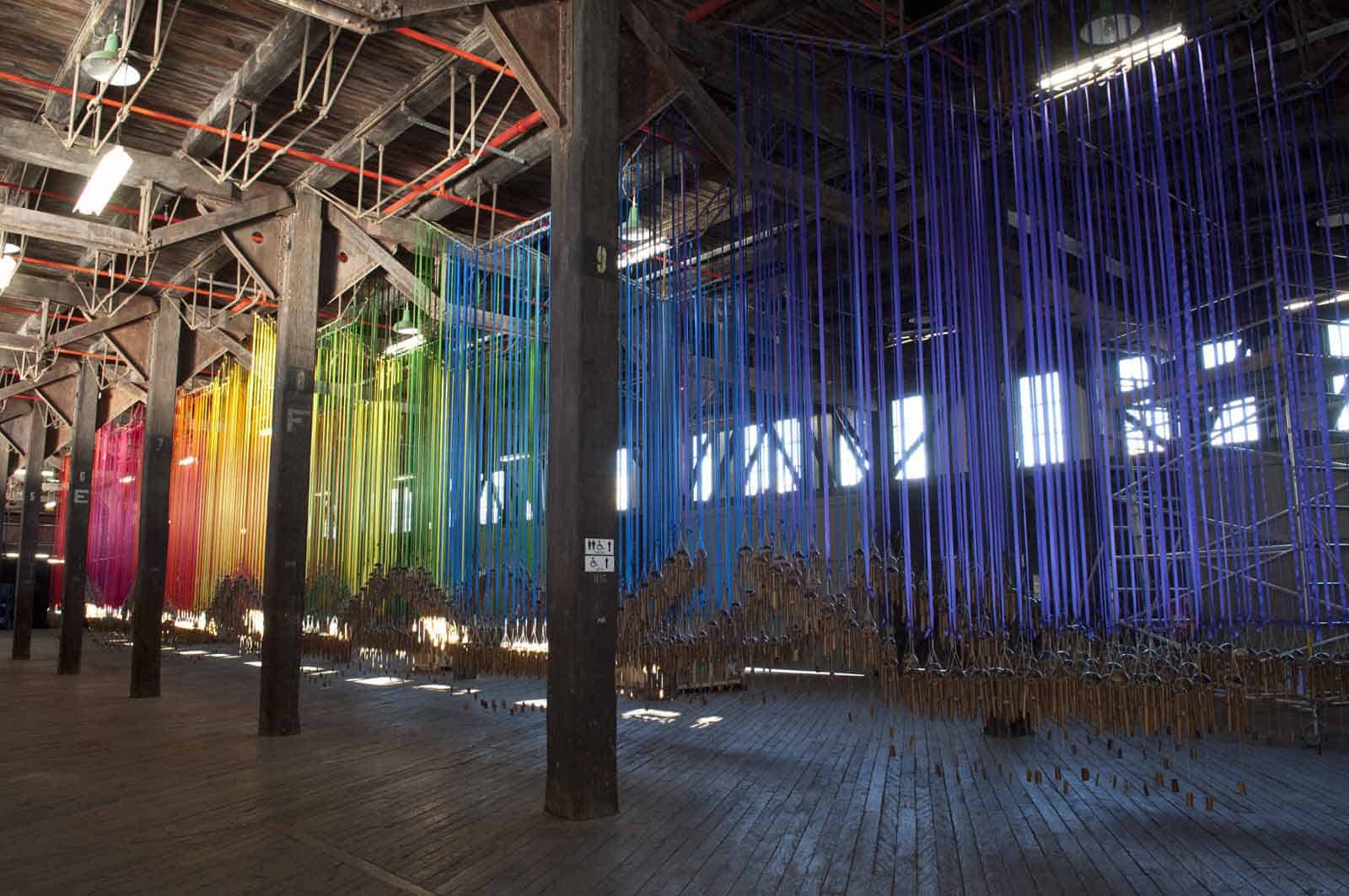 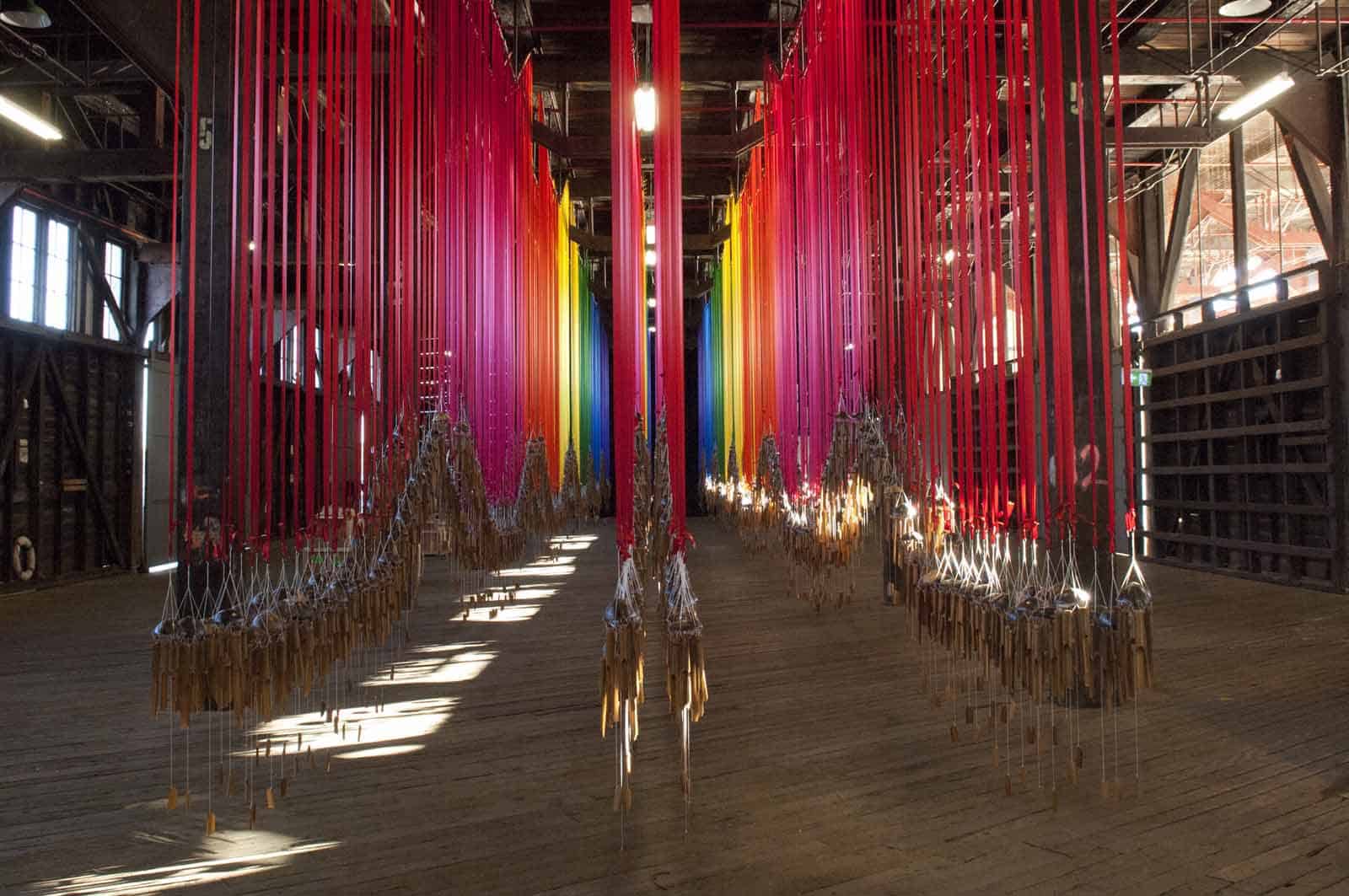 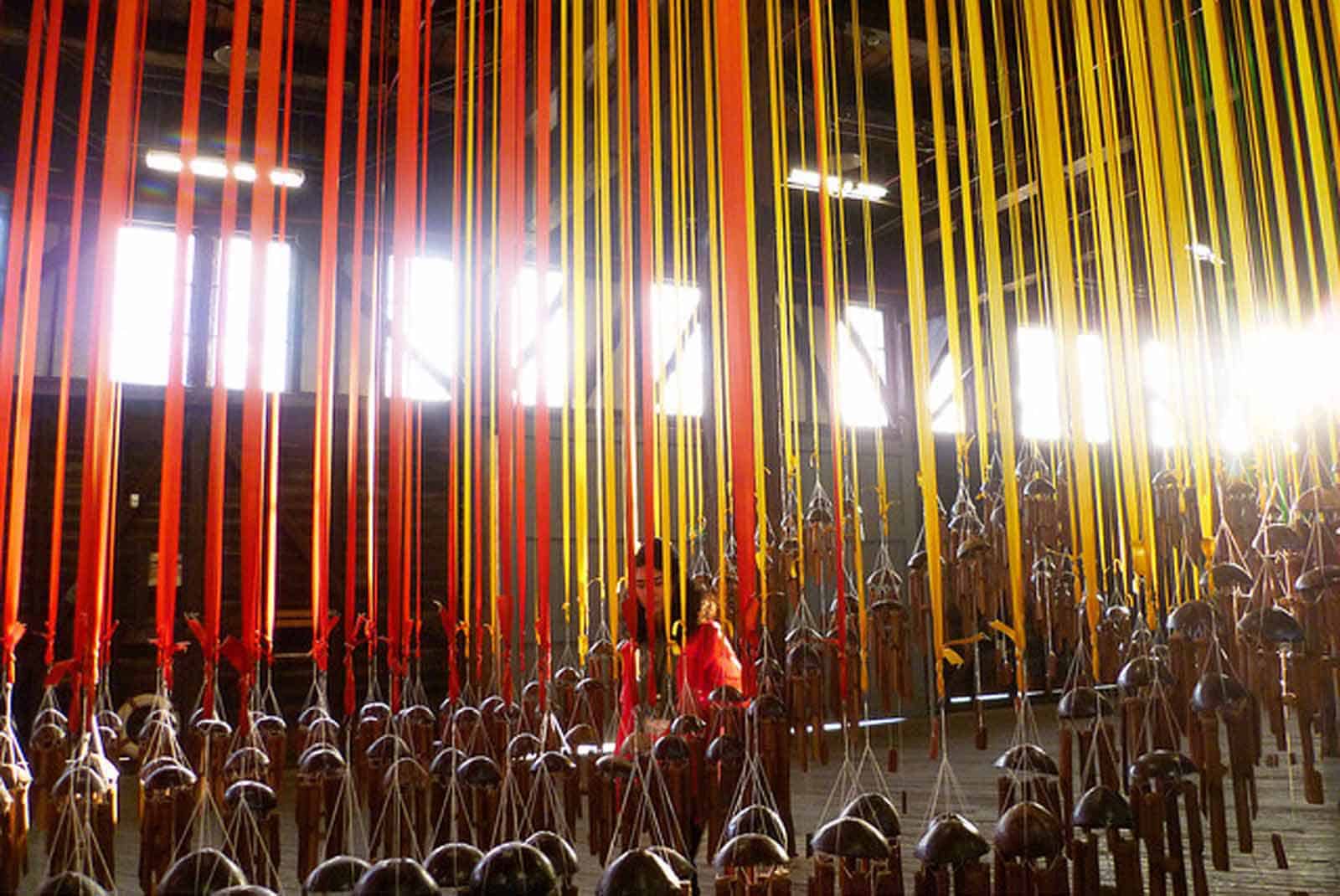 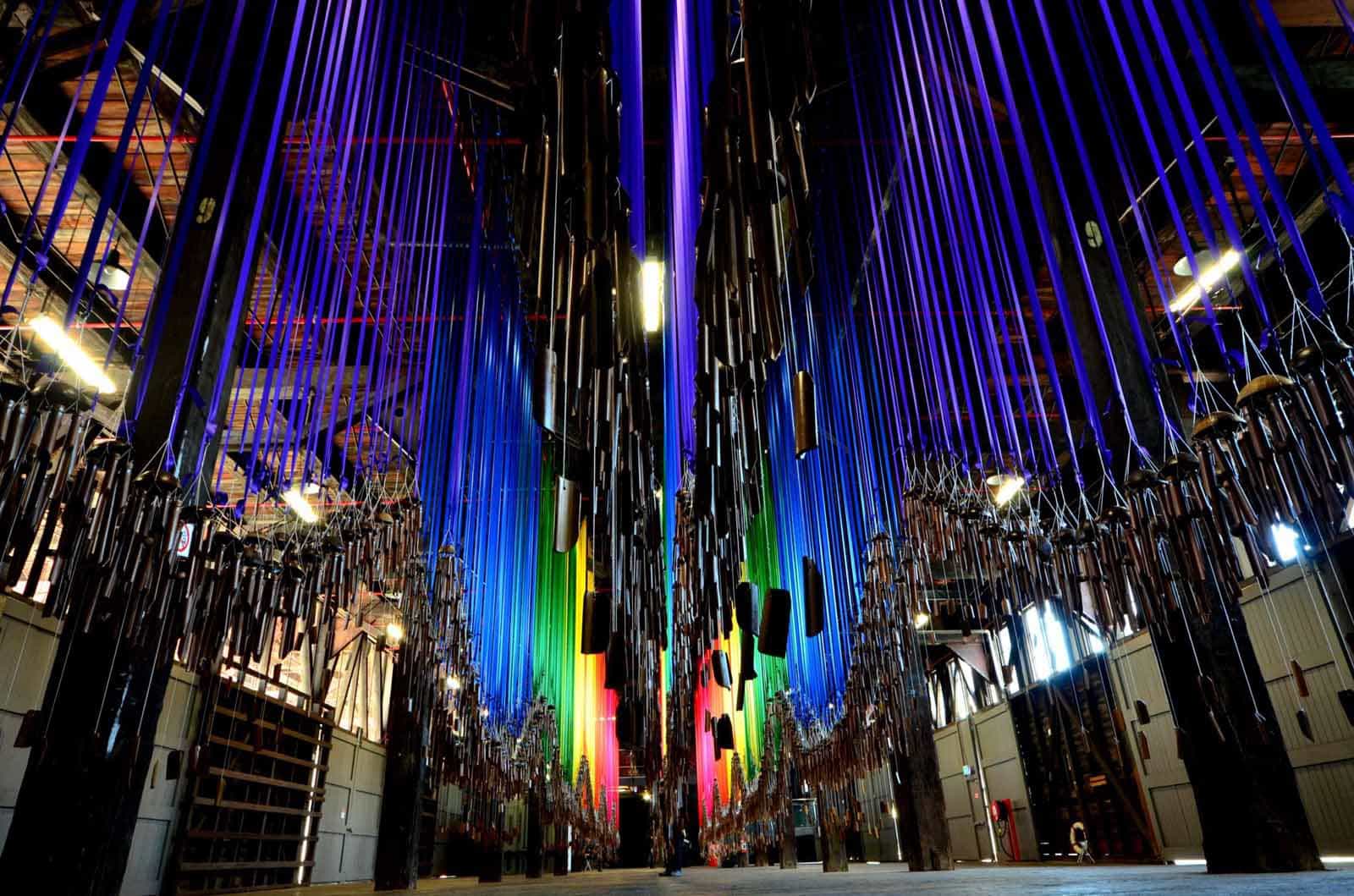 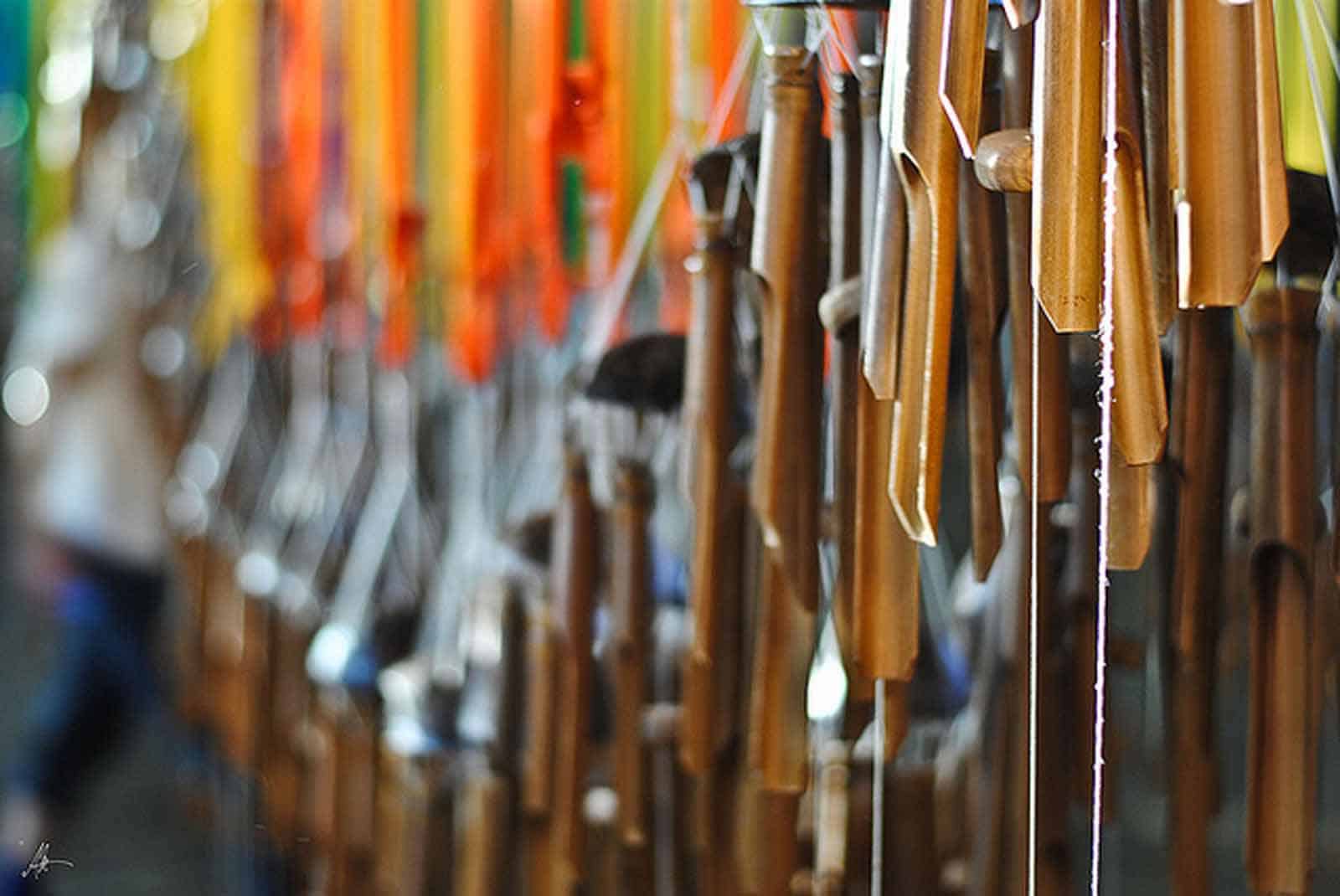 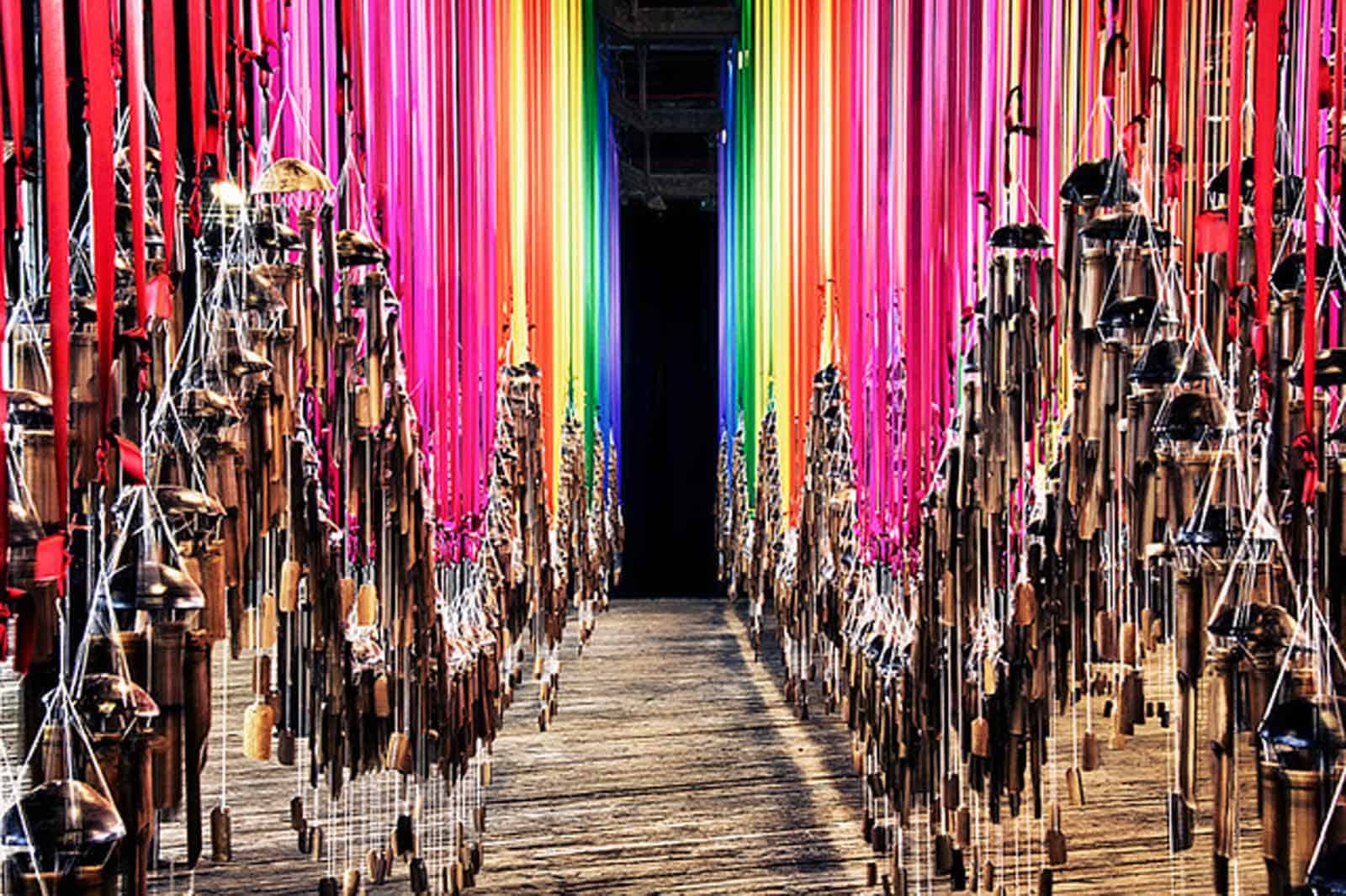 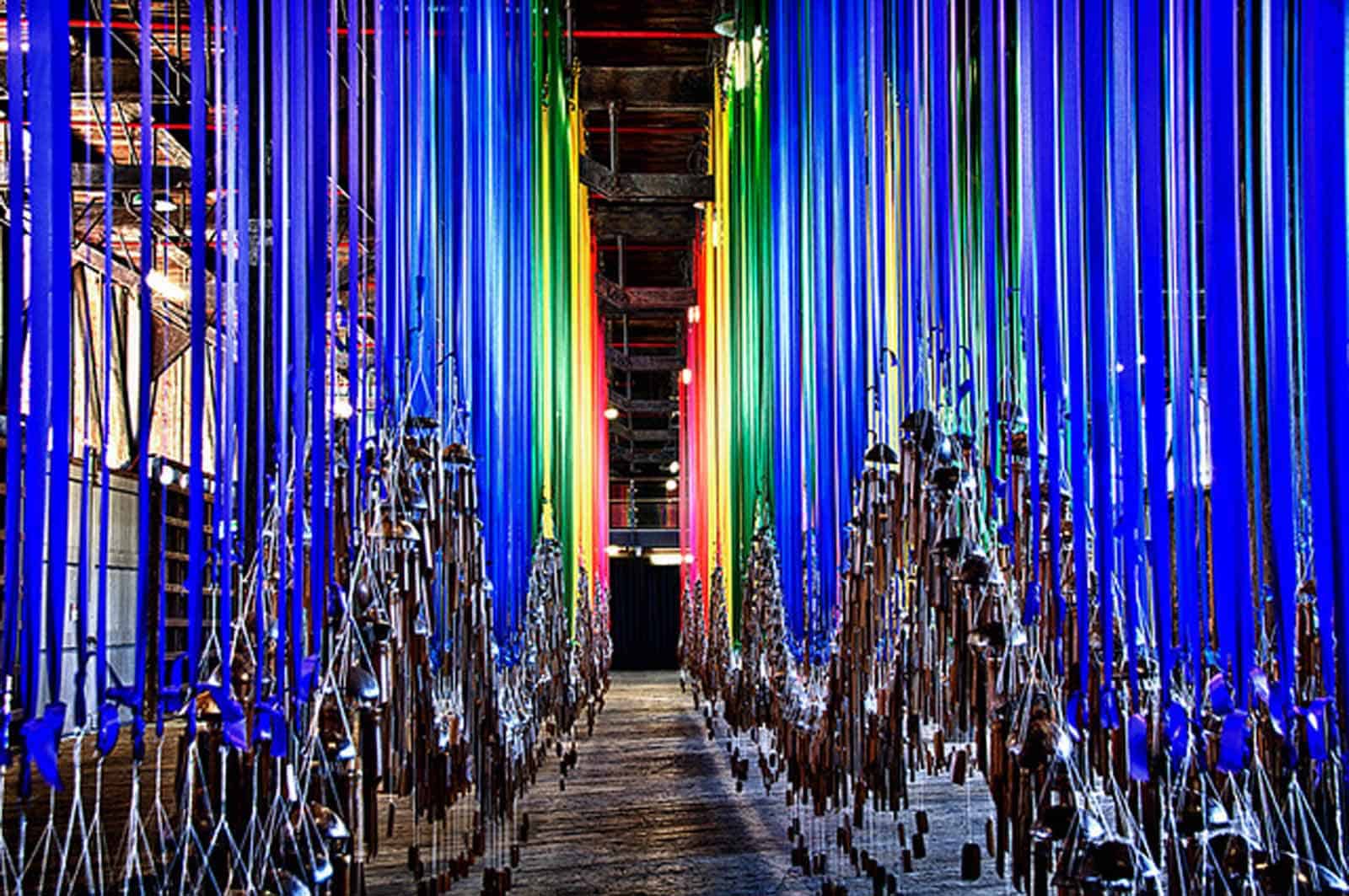 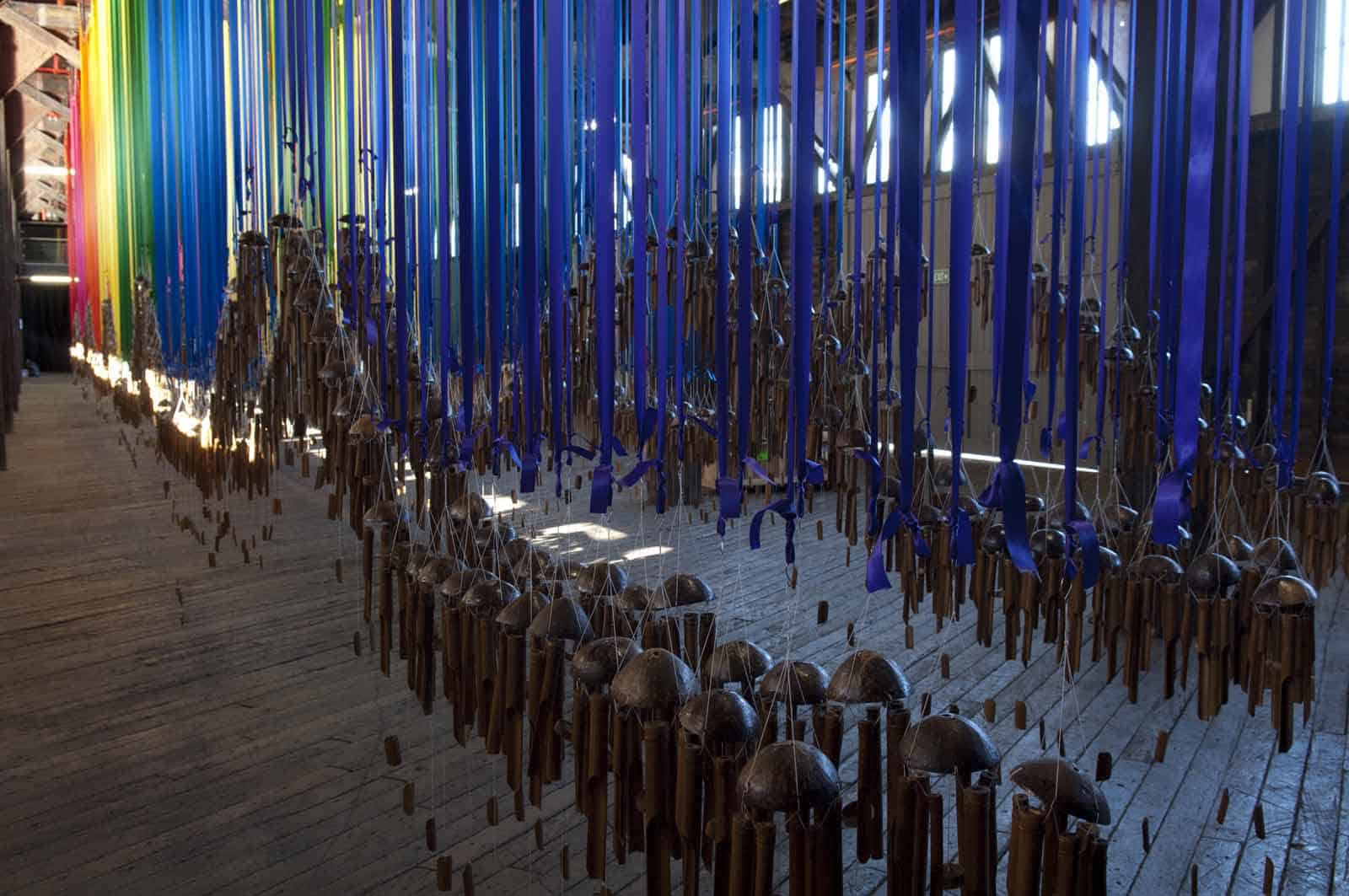 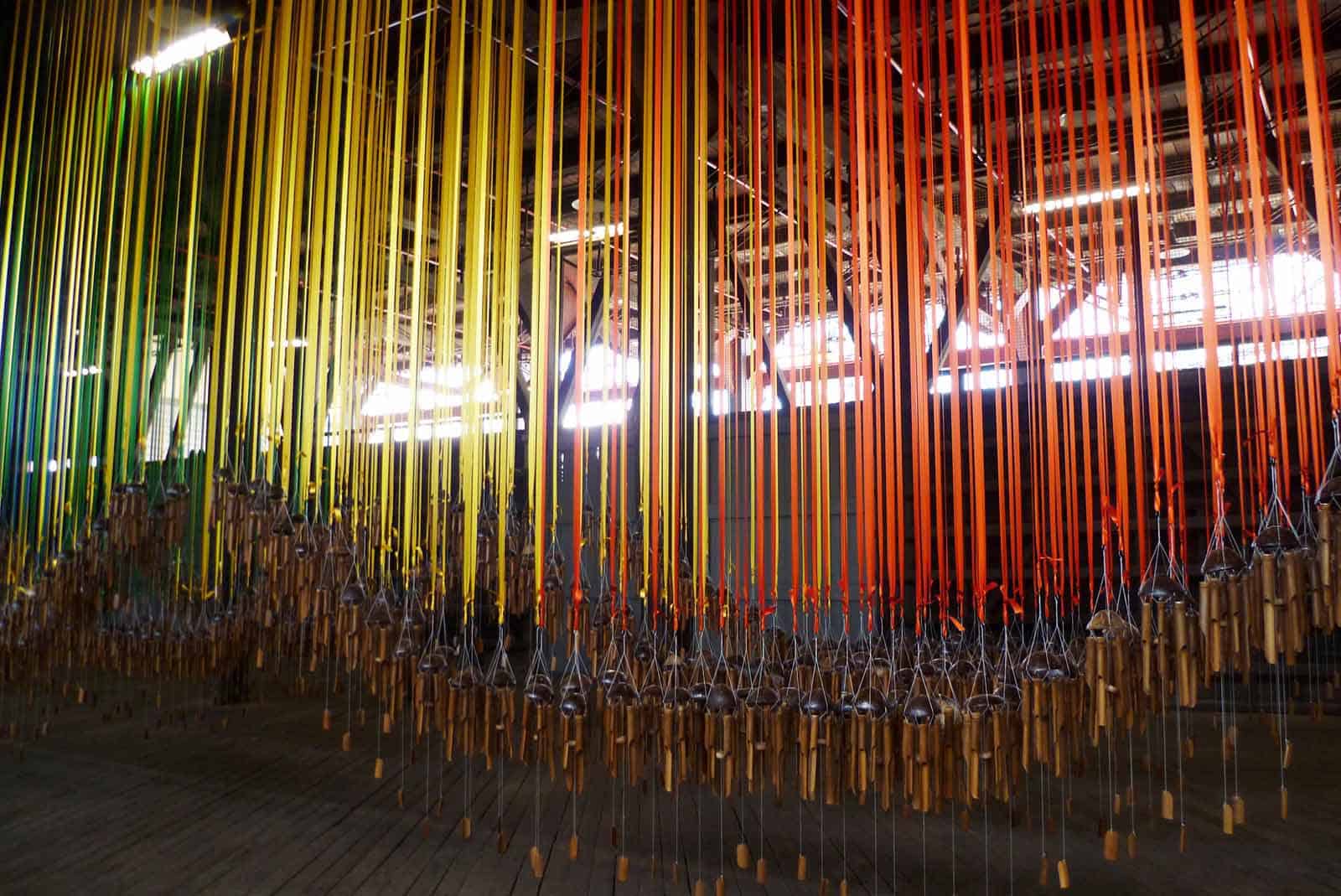 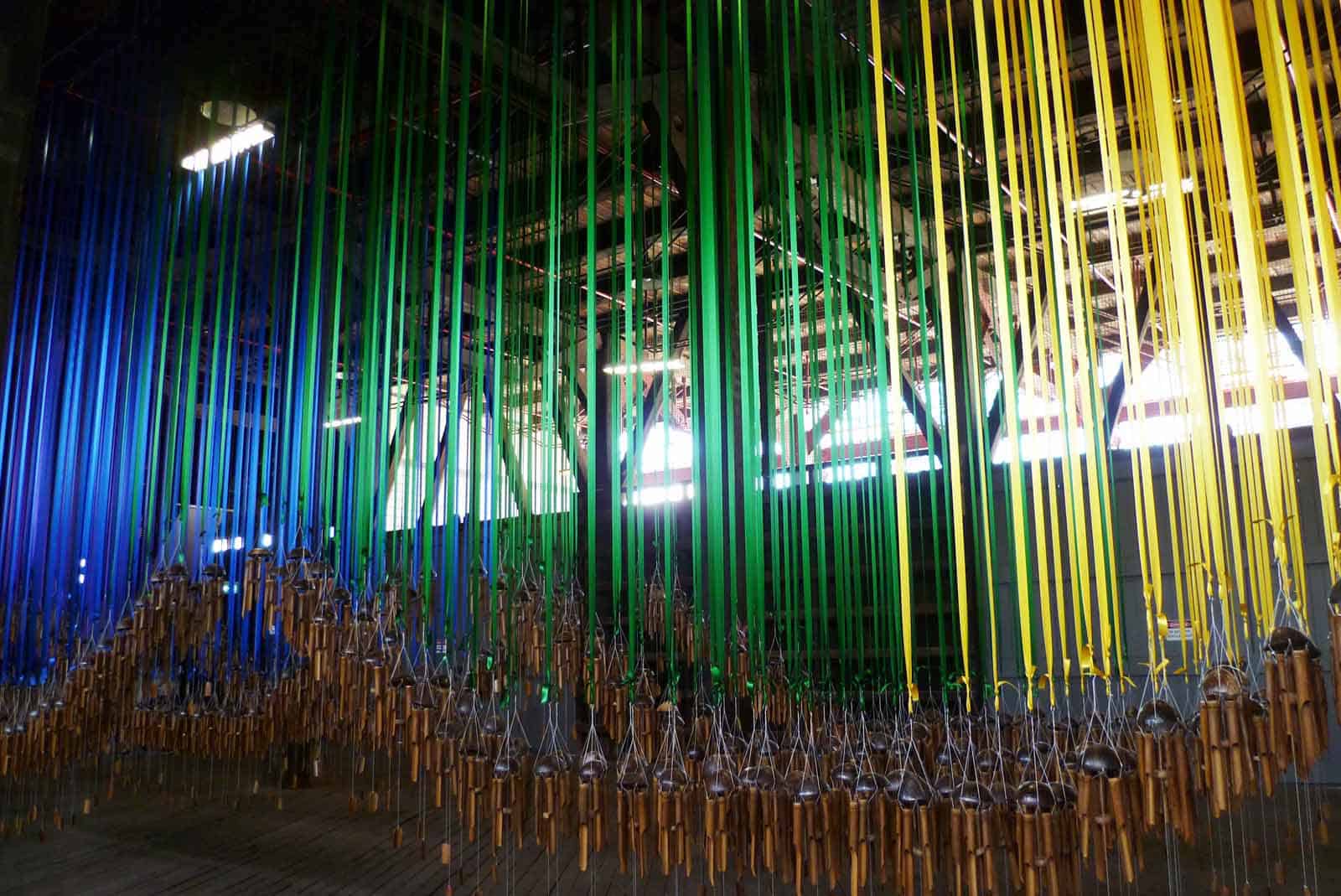 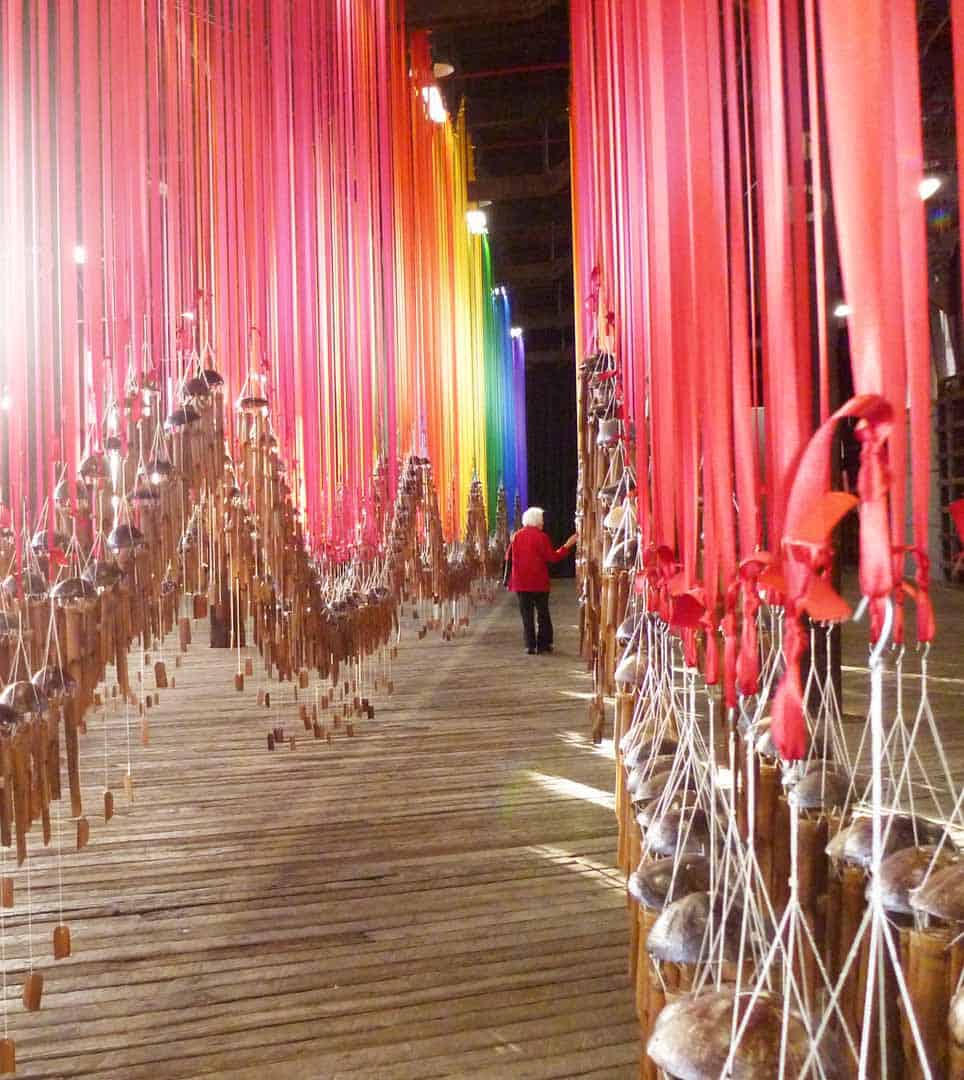 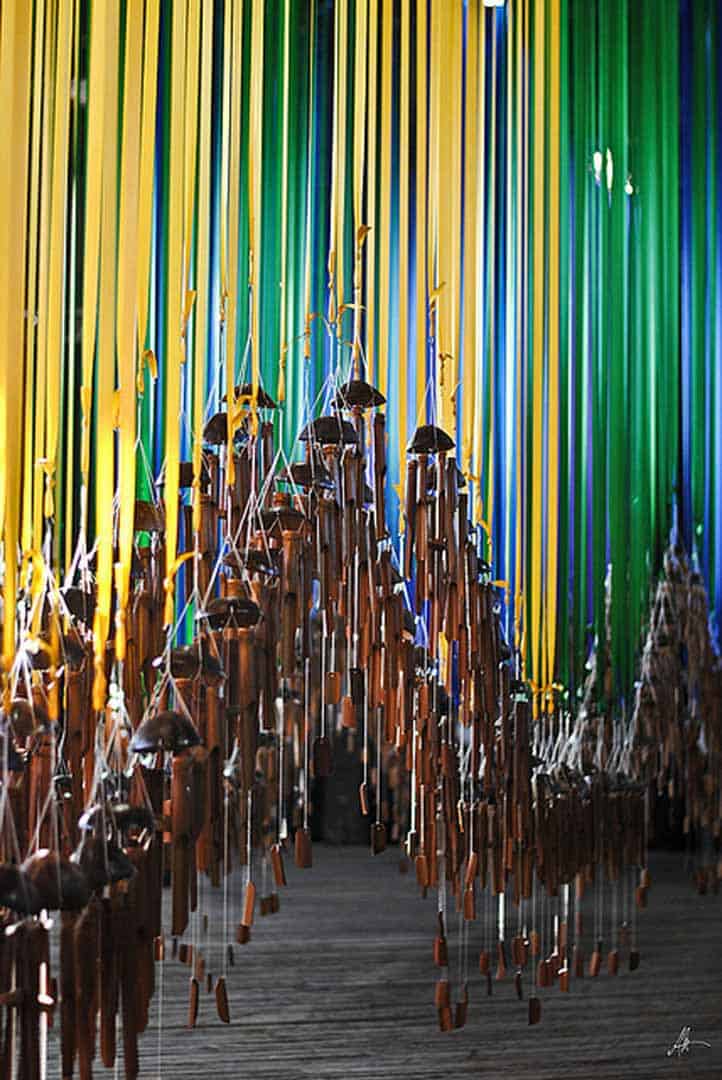 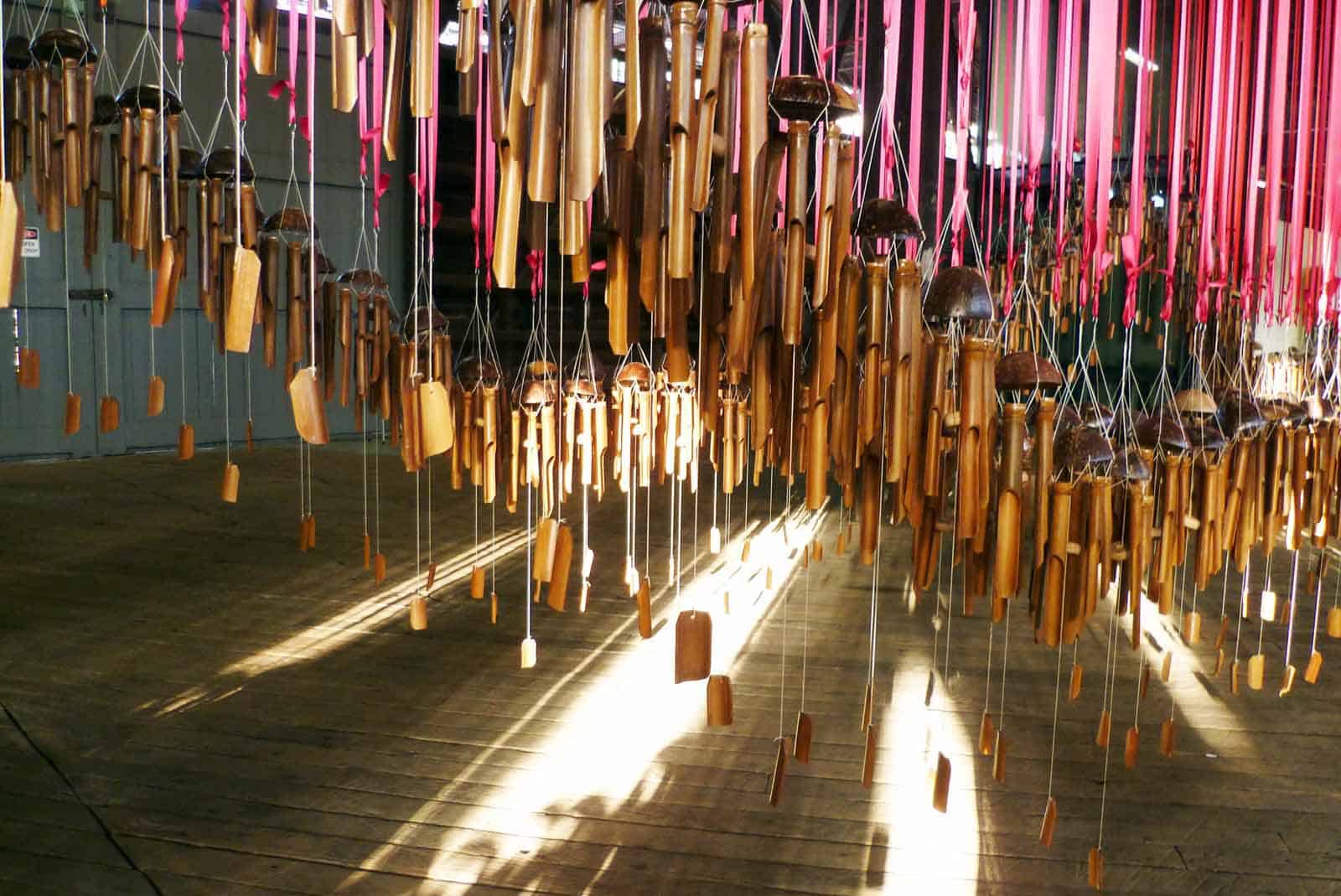 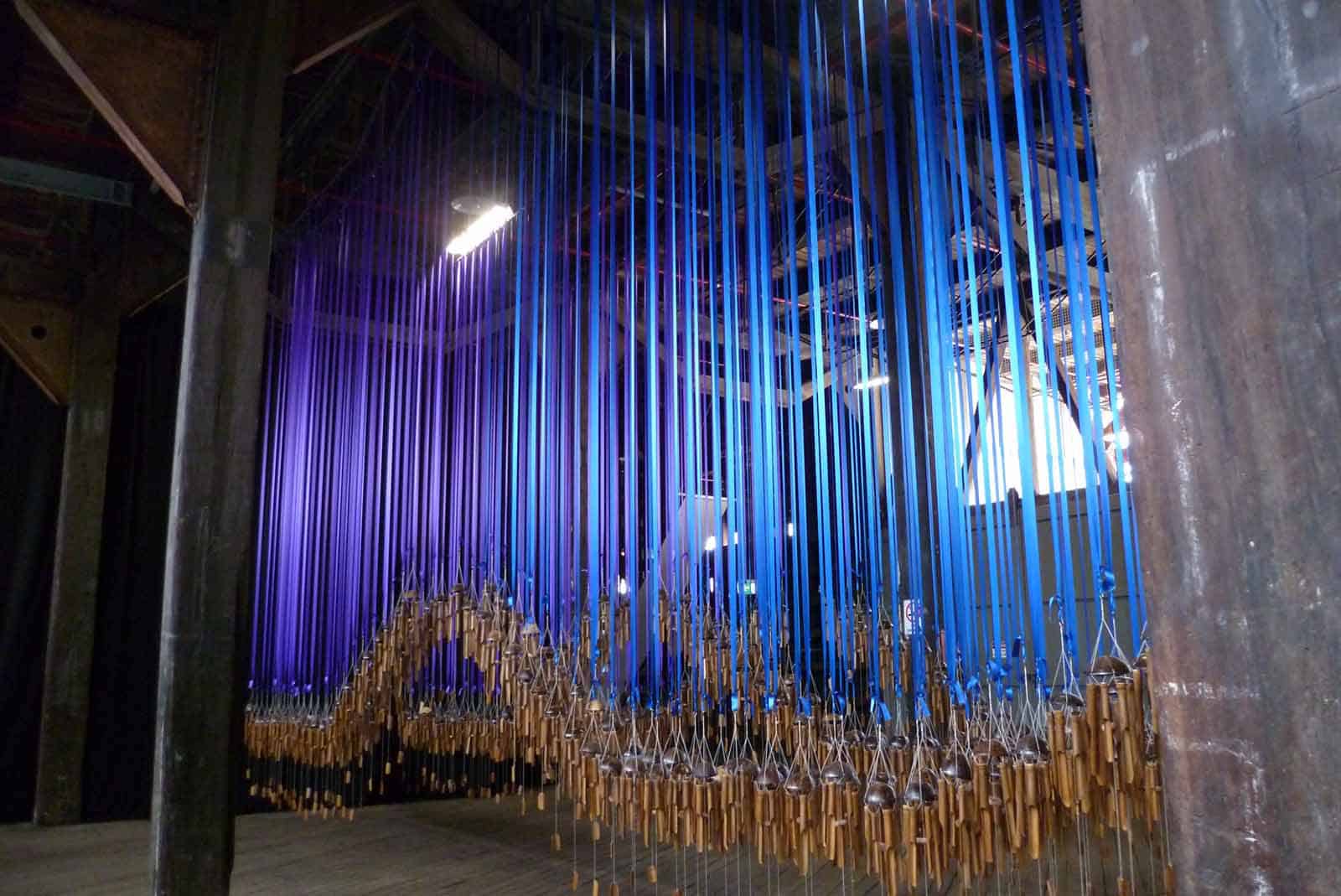 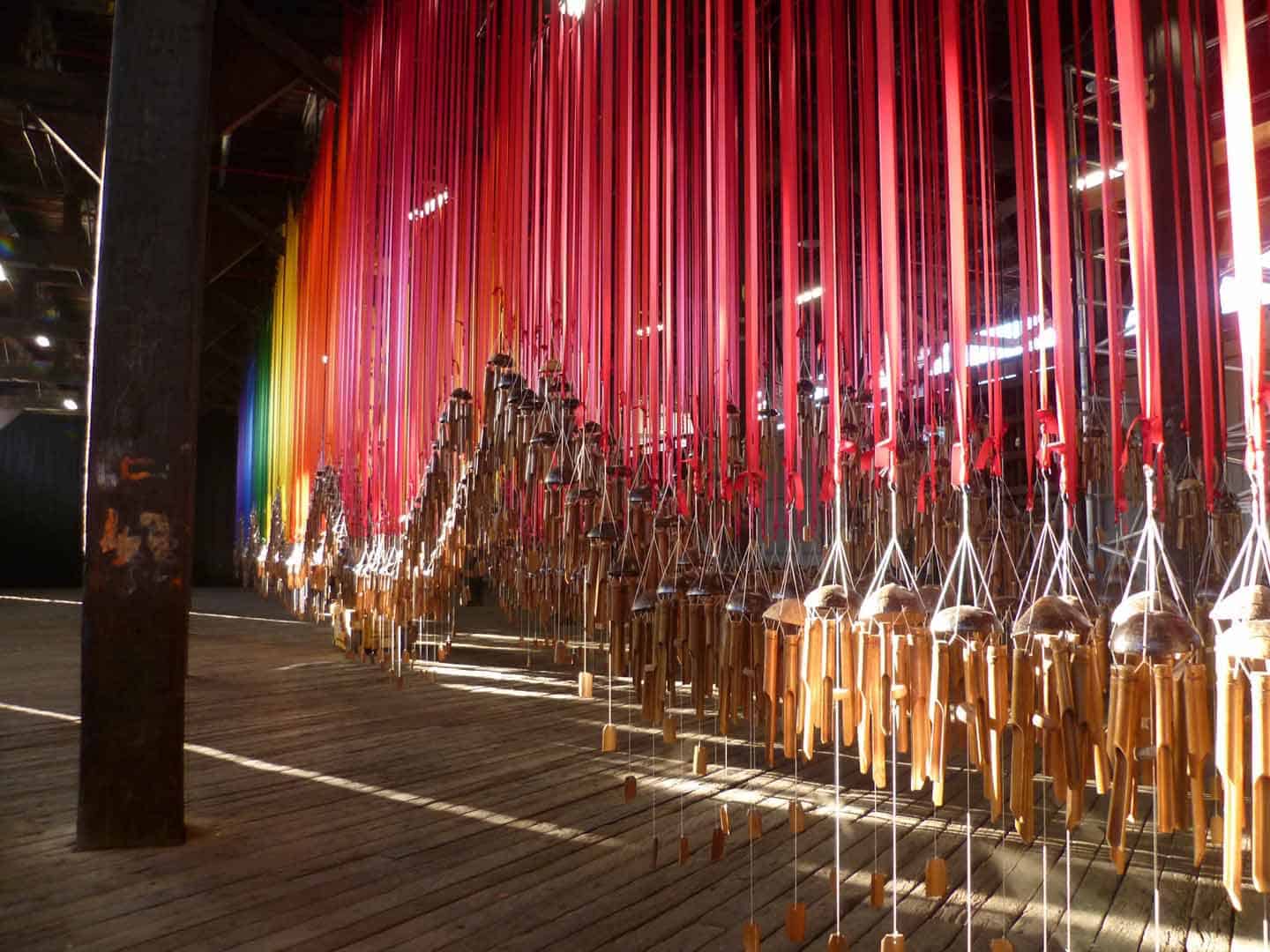 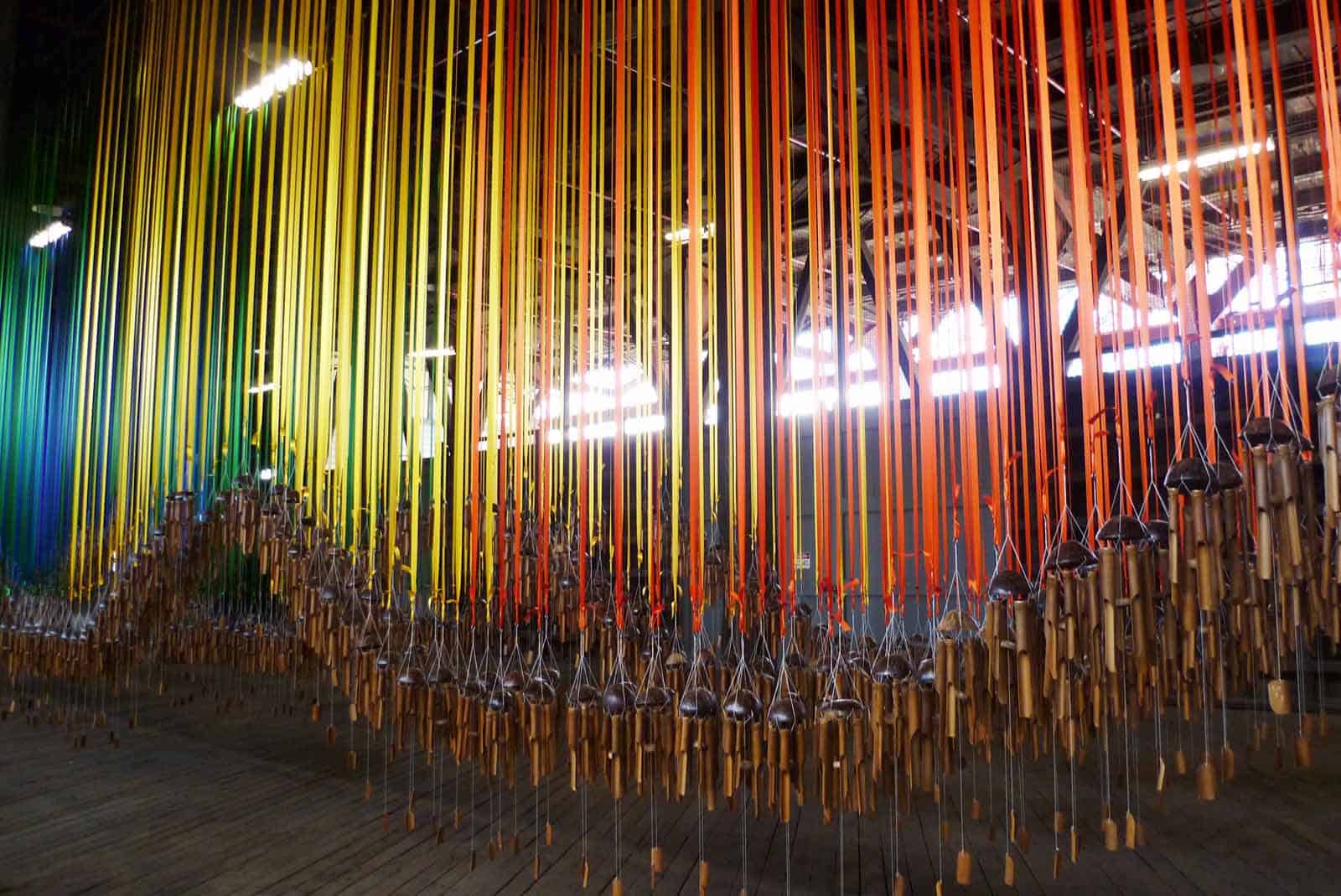 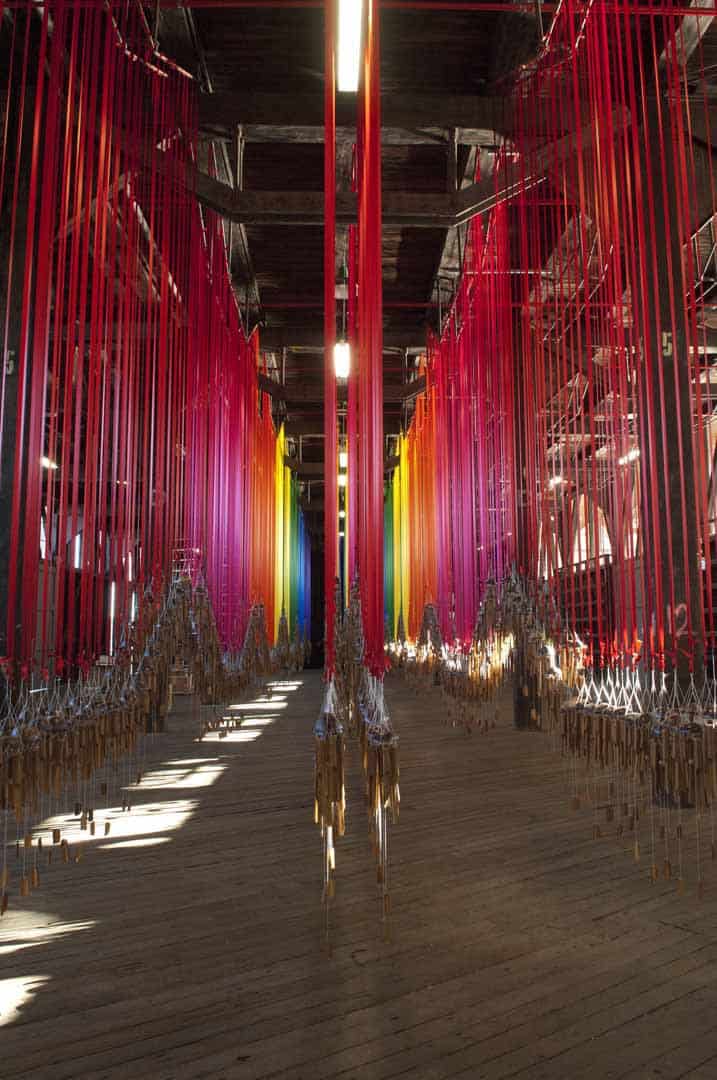 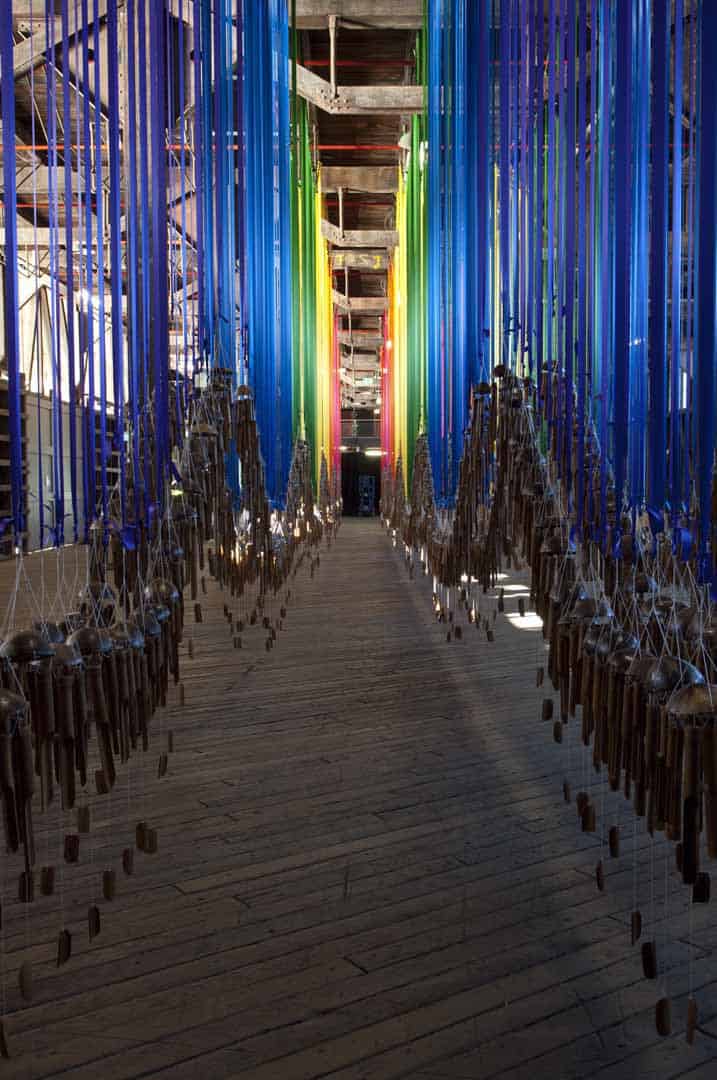 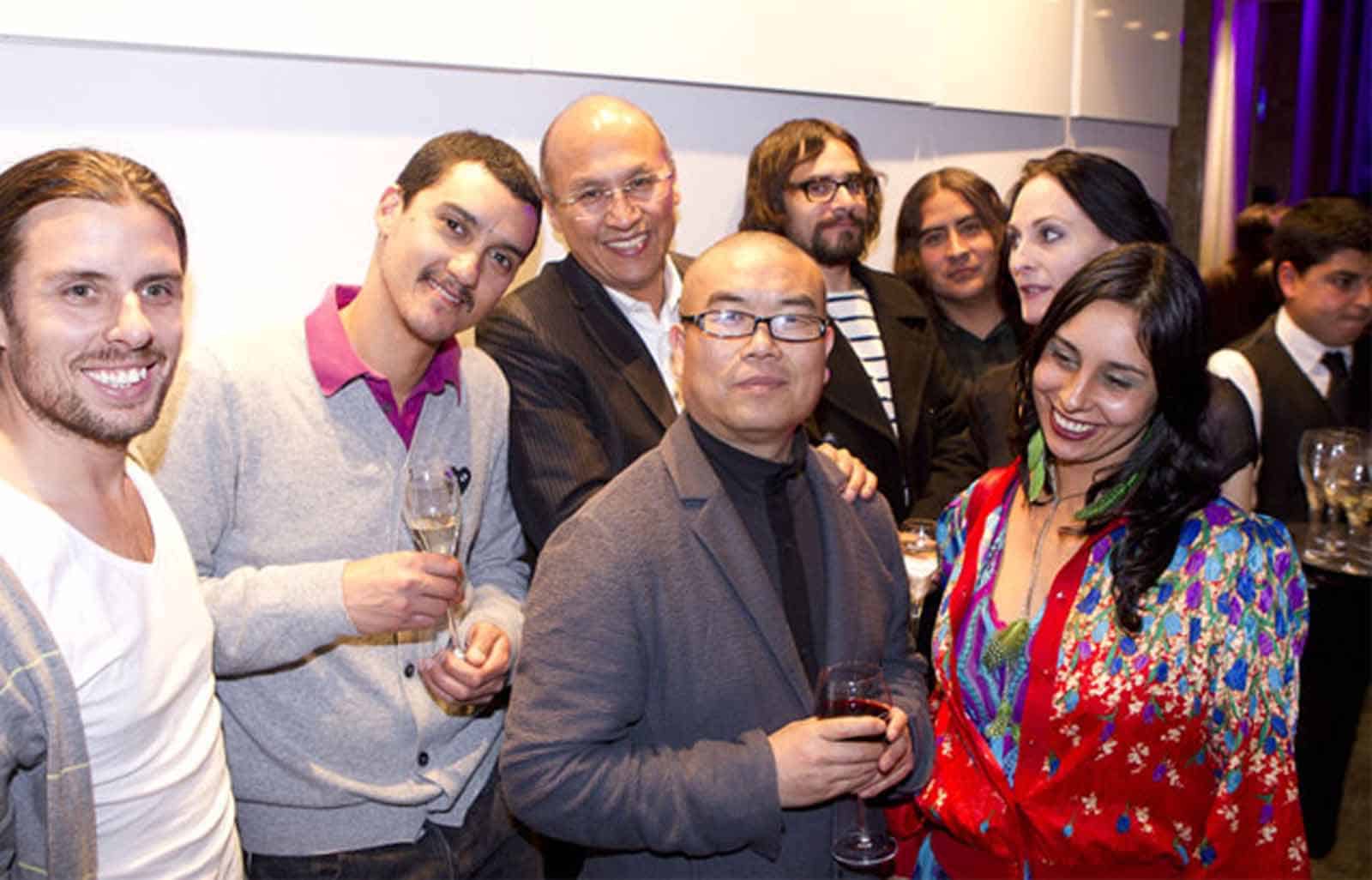 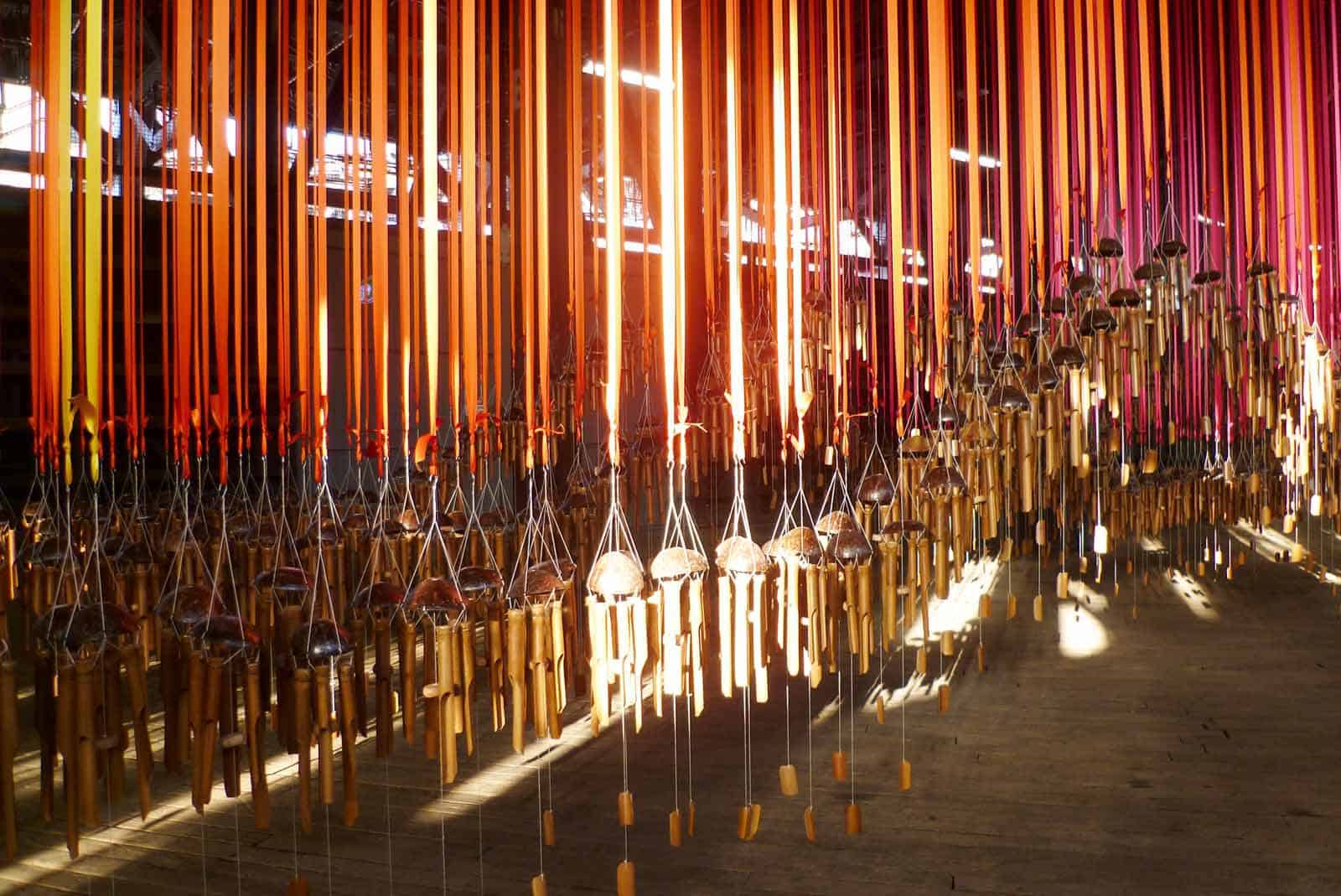 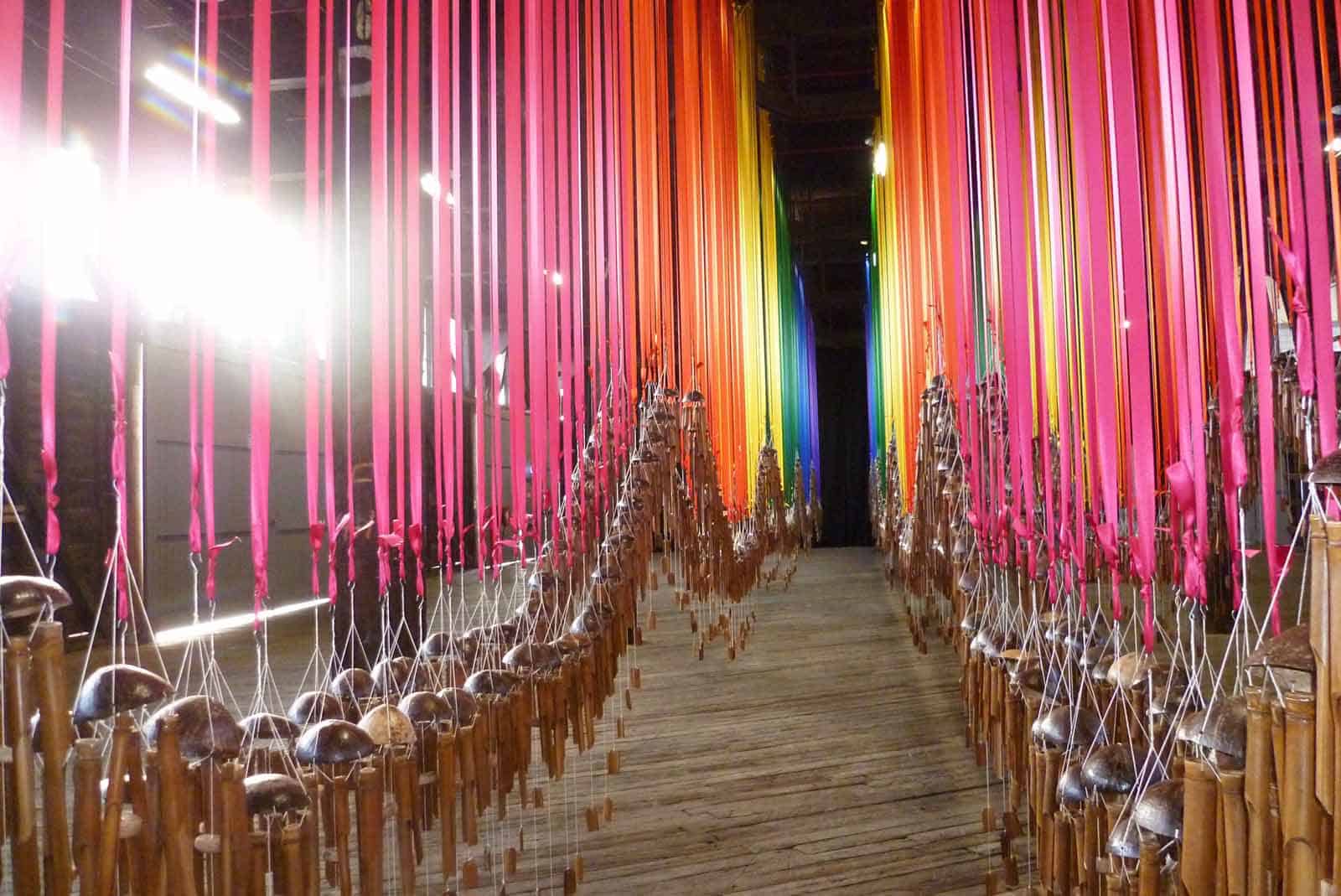 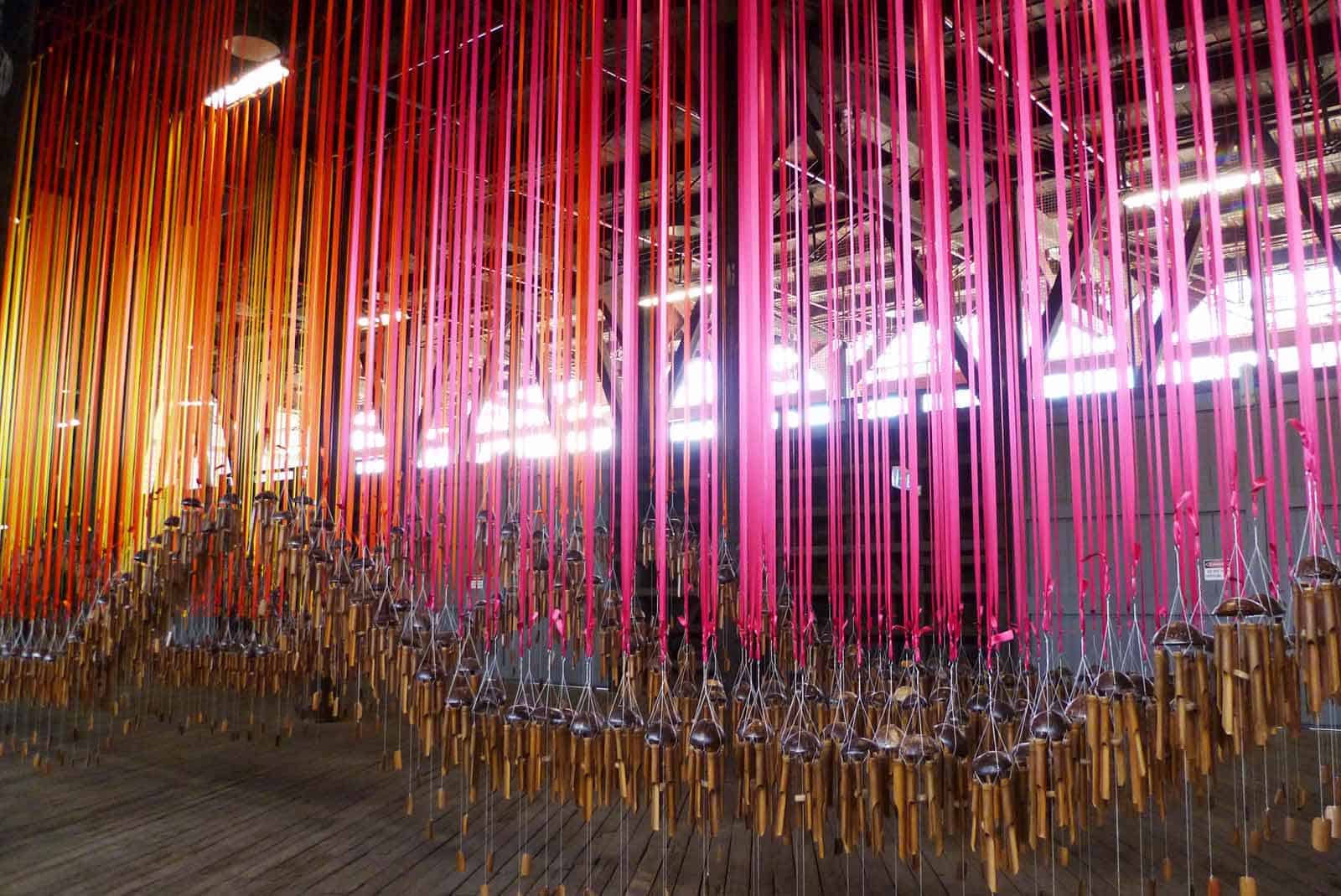 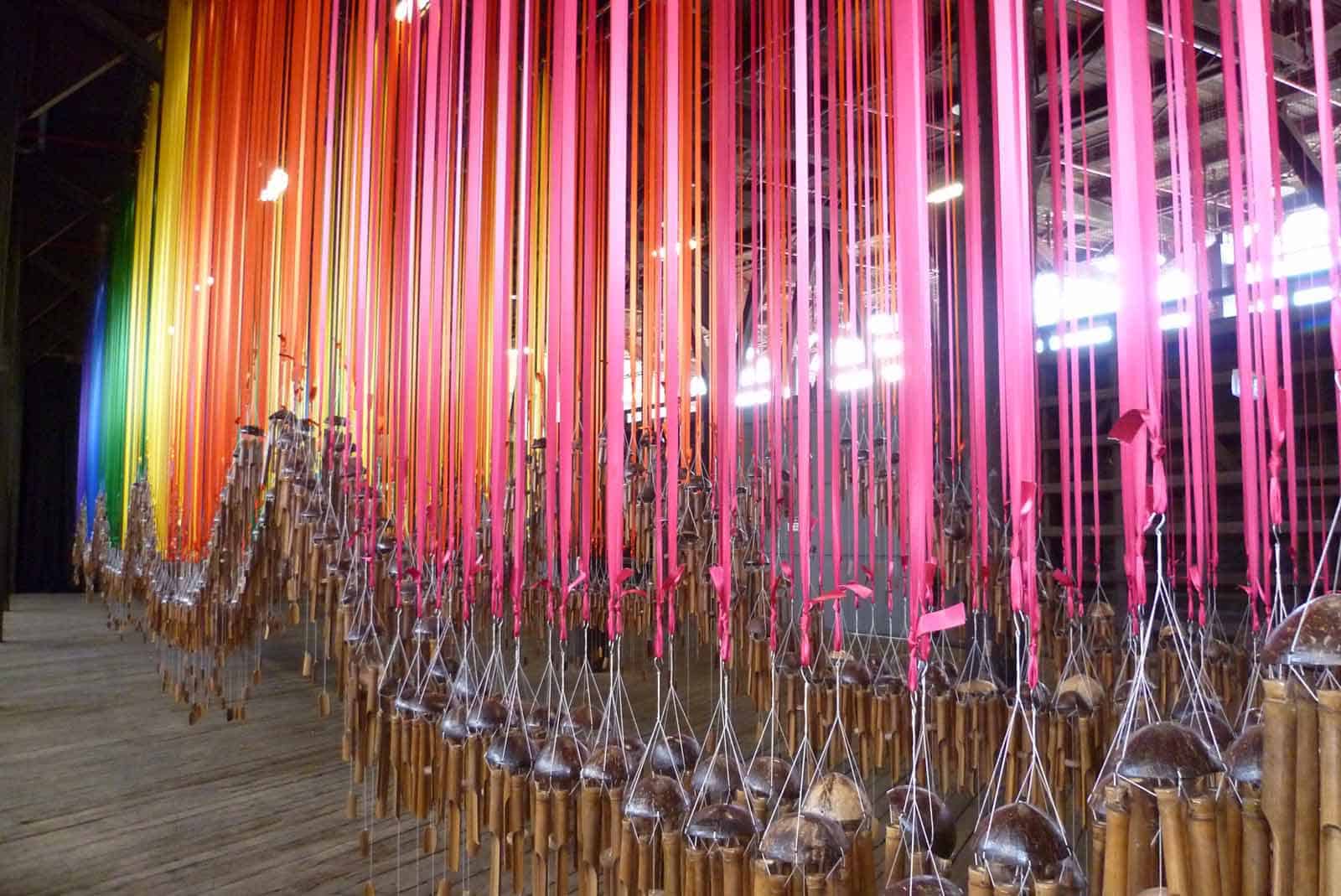 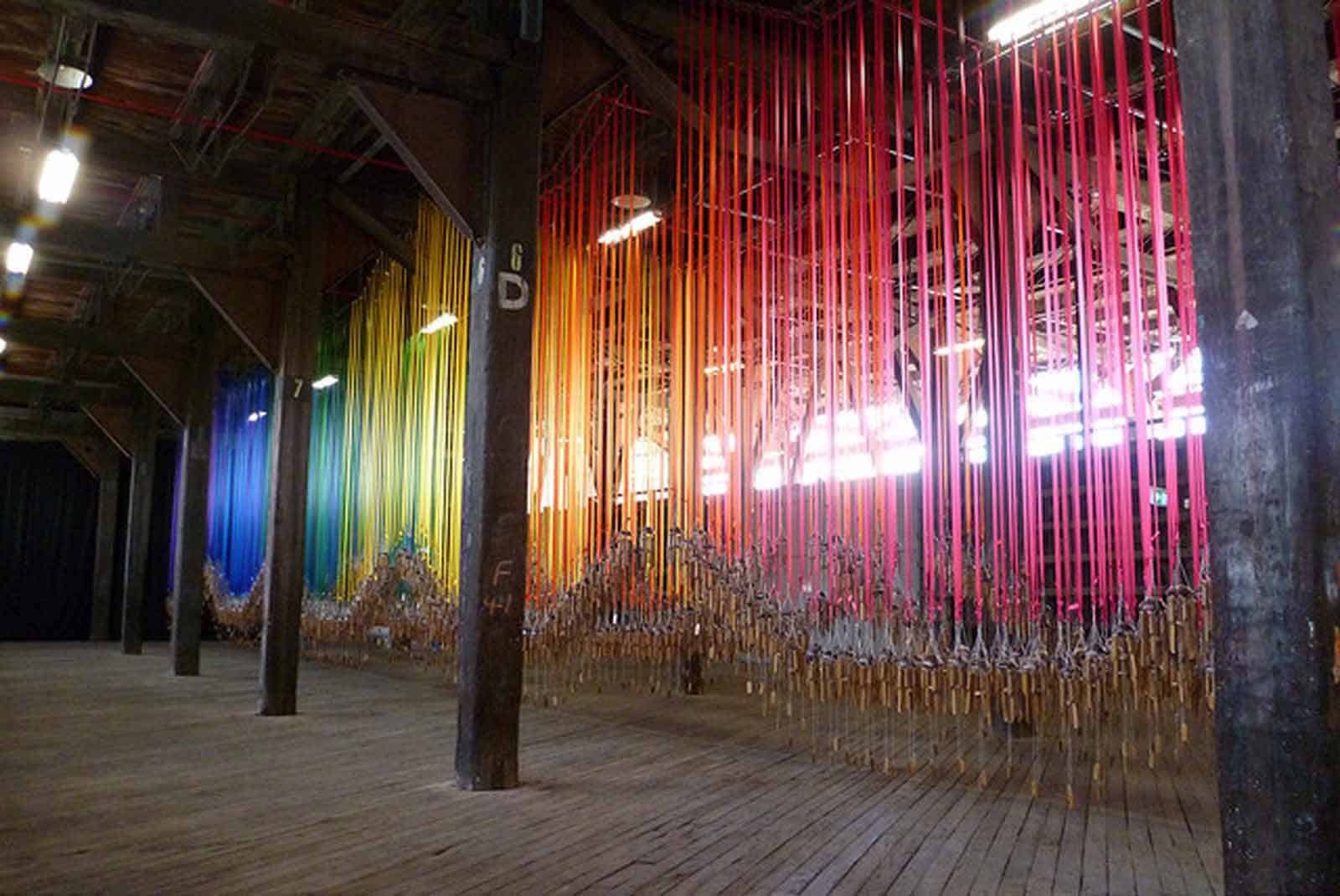 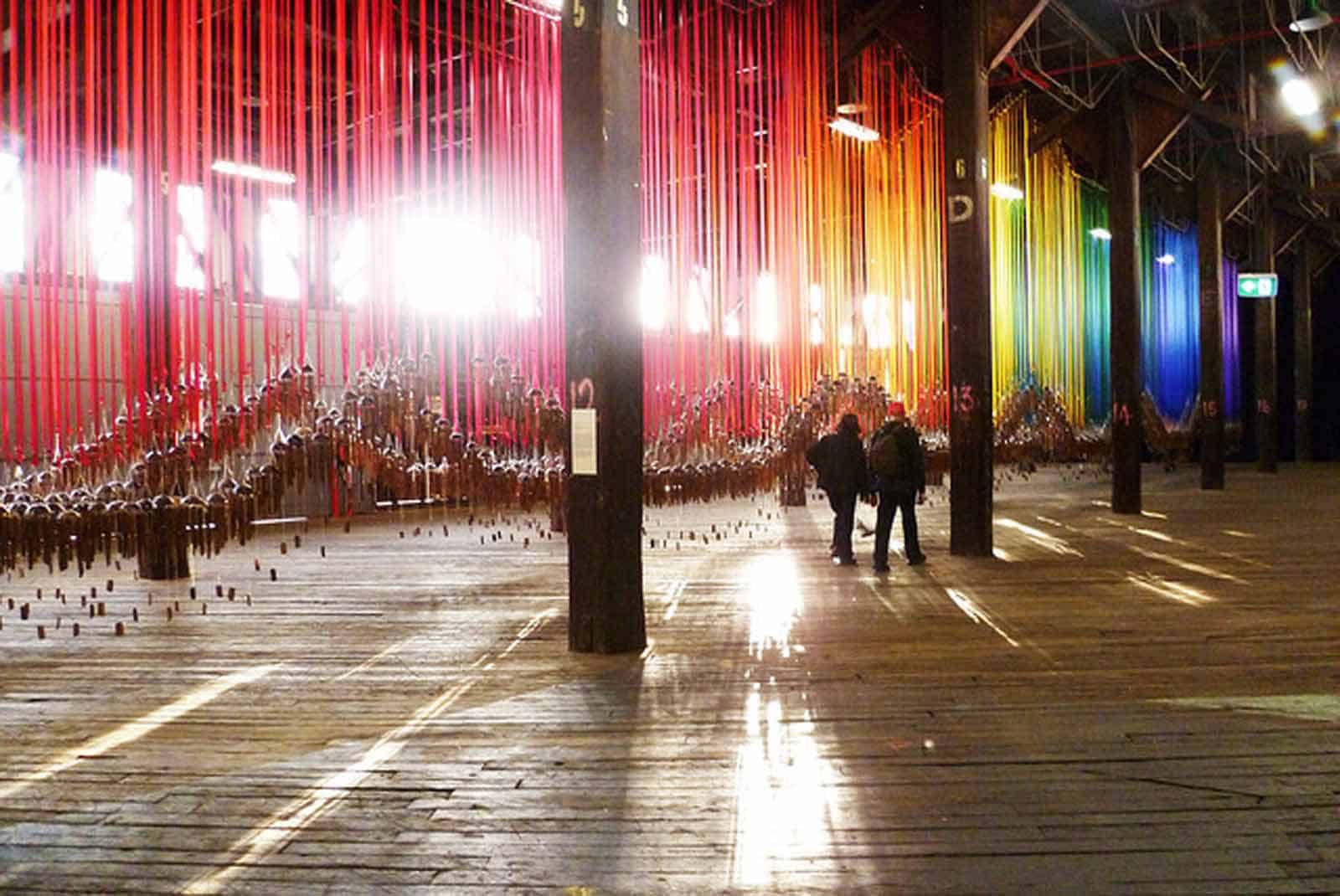 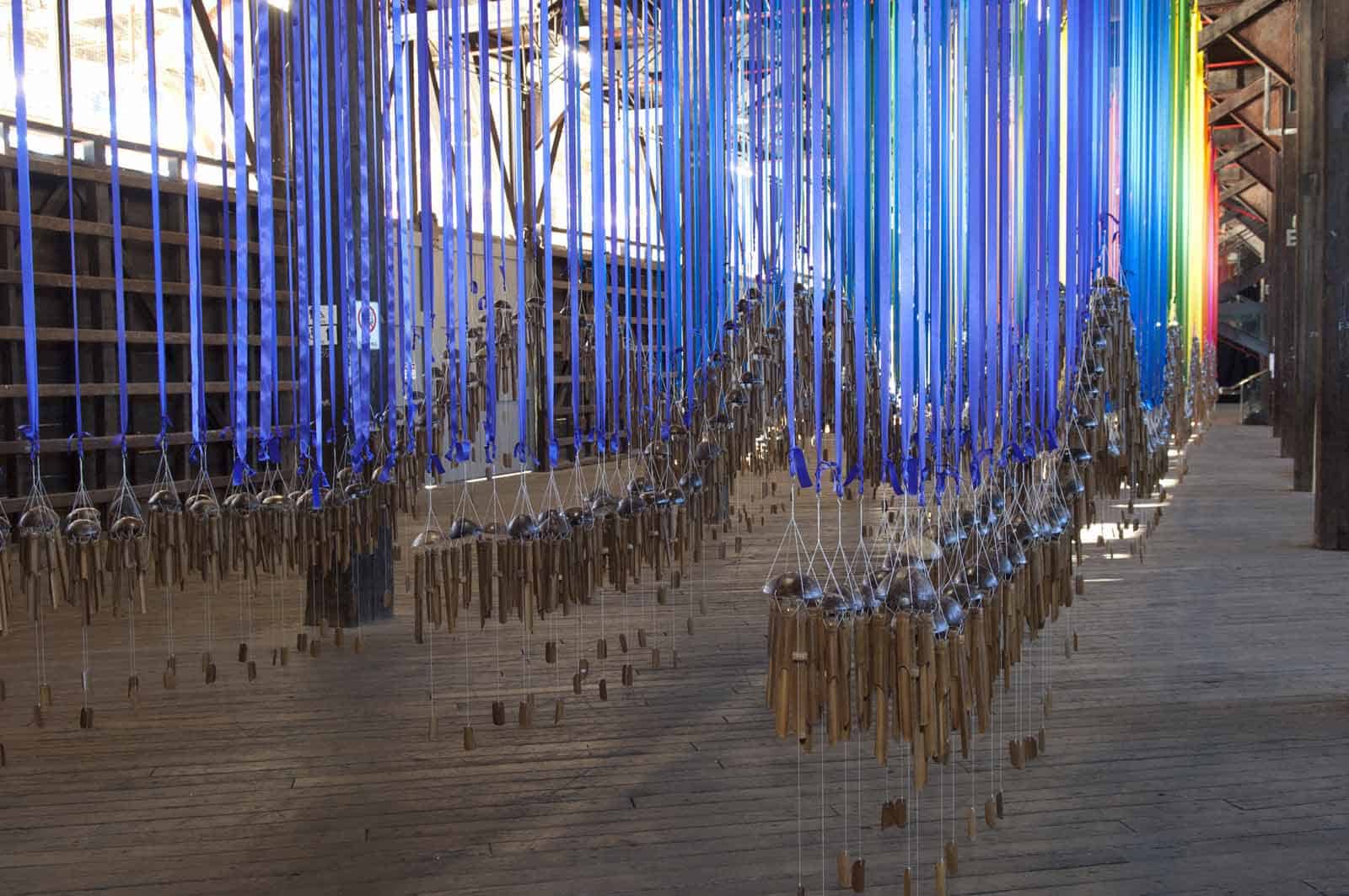 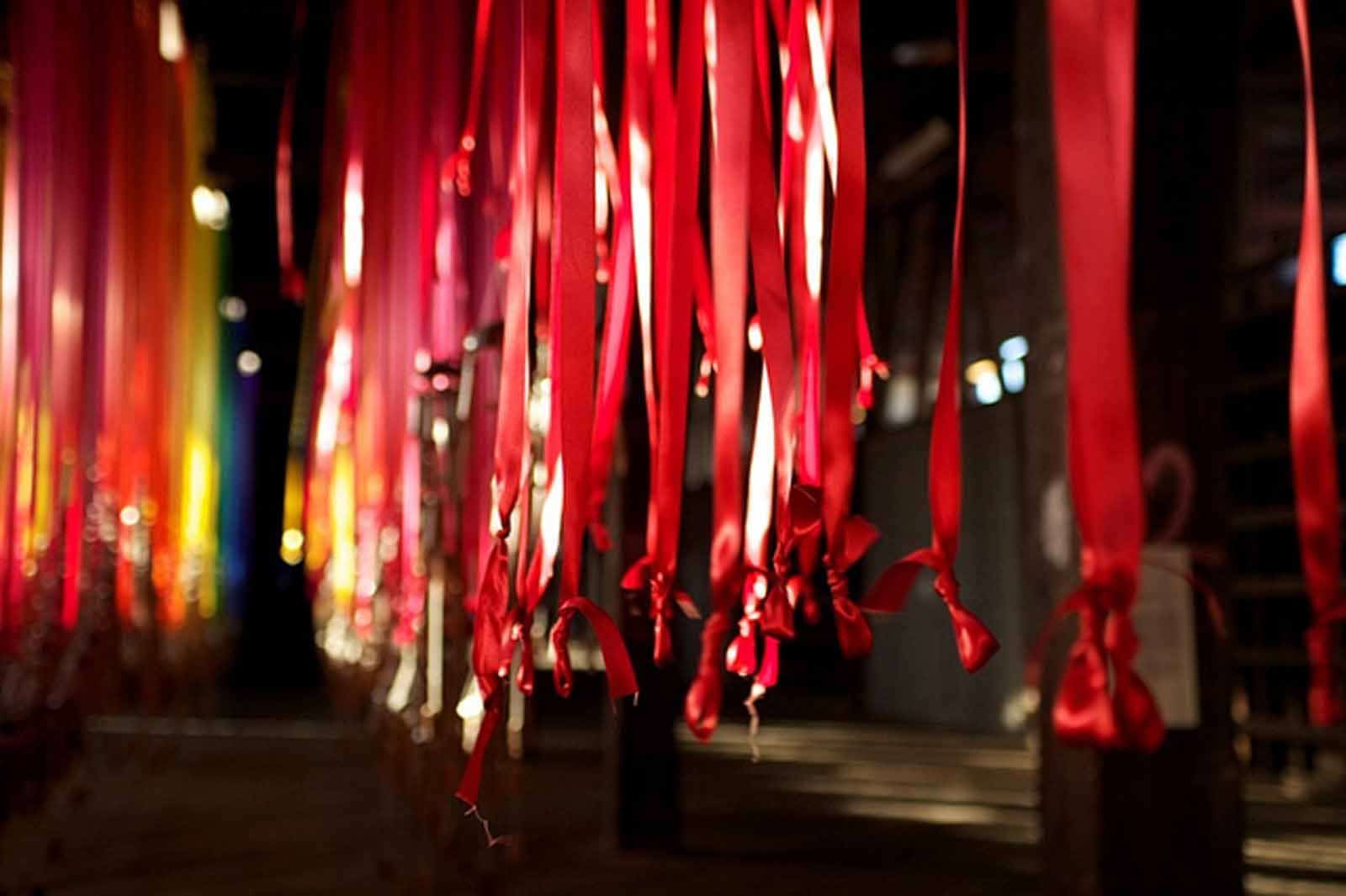 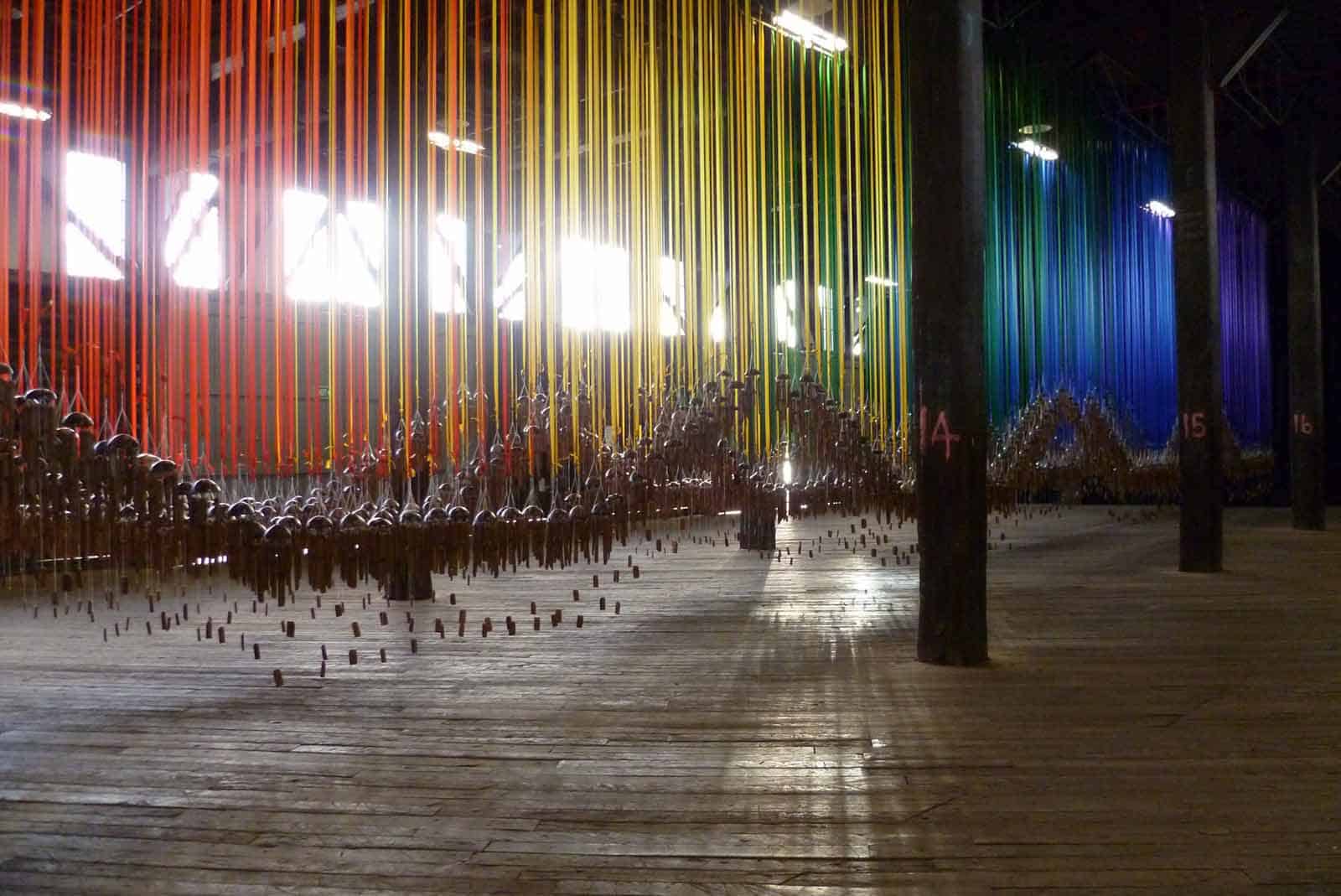